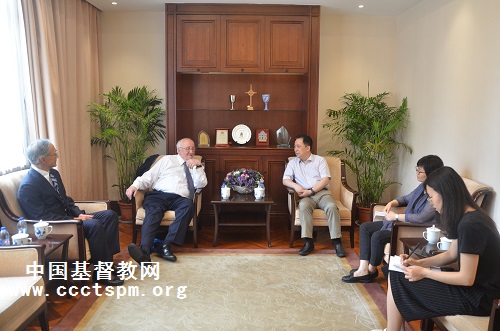 Mr. Richard J. Mouw expressed his excitement for this trip to CCC&TSPM, which was probably his last visit. He appreciated the warm welcome and reception by CCC&TSPM.

Referring to the good rapport between Fuller Theological Seminary and CCC&TSPM, Mr. Richard J. Mouw recollected his first visit in 1994 when he had a discussion with Bishop K. H. Ting over the reconstruction of theological thinking.

Mr. David Fung mentioned the cooperation and friendship between the two sides, and that he himself had witnessed the continuous growth of the church in China during a dozen times visits to China.

The friendship between the two sides was founded by Mr. Richard J. Mouw and Bishop K. H. Ting. These years also witnessed a few rounds of good cooperation that was highly valued by the church in China. CCC&TSPM hoped that our cooperation will continue to grow in the future.

Later, Rev. Xu also introduced the guests the social service ministries in churches all over the country. 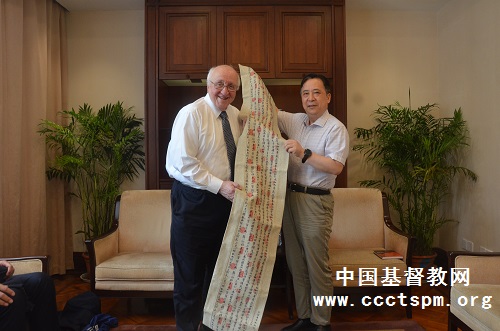