Overseas Exchanges
General Secretary of WCC Visits CCC&TSPM
2019-07-01 Source: this site
A+
A- 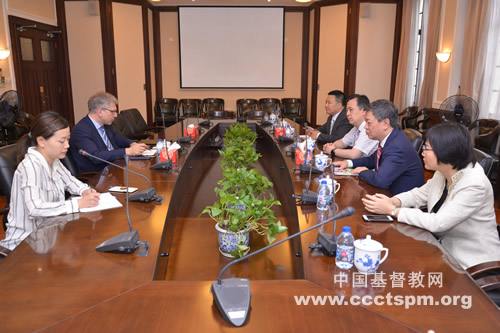 Rev. Xu Xiaohong extended welcome towards Rev. Tveit. Rev. Xu noted that there is a long-standing relationship between CCC&TSPM and WCC. The Church in China cherishes the friendship with its important partner, and hopes that there will be more chances of cooperation and exchanges between each other.

Rev. Tveit appreciated the warm welcome from CCC&TSPM and said that he felt honored to have such a visit so as to better know the Church in China. On behalf of WCC, Rev. Tveit extended gratitude to CCC&TSPM for the support during the conference of WCC Commission on Faith and Order held from June 14 to 18 in Nanjing. He also expected a friendly long-lasting relationship between the two sides.

Rev. Shan Weixiang introduced the development of the Church in China and shared a few emerging issues in pastoral care in the new era.

Rev. Lin Manhong said that it was glad to have the chance of participating in the preparation of the conference of WCC Commission on Faith and Order. The Church in China valued the cooperation and interaction with WCC, which was seen as mutual beneficial to both sides. 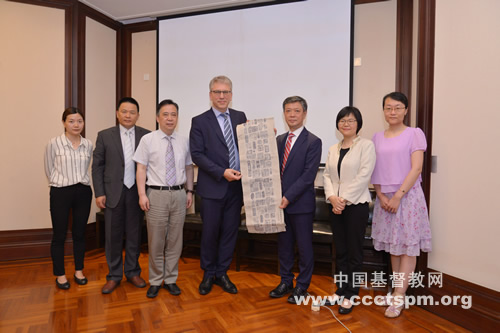