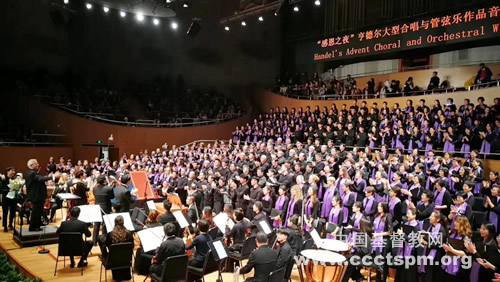 Students of the seminary began to receive choral vocal trainings since the end of September and then had rehearsals with SICL every weekend in October. After strict tests and screening, 47 students were selected to attend the choral performance.

After the training over the past two month or so and the actual onstage performance, students’ musical skills are improved and their determination and stamina are strengthened. 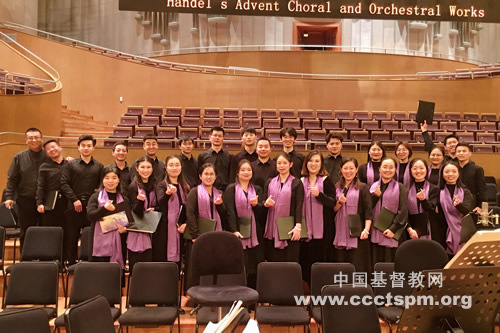 Directed by the renowned choral conductor Jerry O. Blackstone, students and faculty of the seminary, along with over 200 members of choirs and bands of SICL from all over the world together brilliantly performed the sacred choral masterpieces. Such experience is quite precious to the students as it could never be learnt from college courses.

The music concert is also to pay tribute to Mr. Ma Geshun, an honorary lifetime professor of East China Theological Seminary, who passed away four years ago.