Church News
Activities Held to Celebrate the 70th Anniversary of Three-Self Patriotic Movement of the Protestant Churches in China
2020-09-23 Source: this site

On August 21, 2020, Tianjin CC&TSPM held a commemoration of the 70th anniversary of Three-Self Patriotic Movement of the Protestant churches in China & symposium on further promoting the indigenization and contextualization of Christianity in China. The pastoral staff from churches in Tianjin attended the symposium. Rev. Xu Xiaohong, chairman of National TSPM, was also invited to the symposium.

In his speech, Rev. Xu Xiaohong mentioned that the Three-Self spirit embodies the spirit of patriotism, the spirit of being independent and conforming to the times while running churches, as well as the spirit of exploring the indigenization and contextualization of Christianity in China. The essence of Three-Self is being patriotic and church-loving, the core is being independent and the goal is to run the church well. Rev. Xu pointed out that the indigenization and contextualization of Christianity in China is the important goal of running the church well according to the Three-Self principles, the objective requirement of church development in China, as well as the shared responsibility of pastoral staff and broad church members. 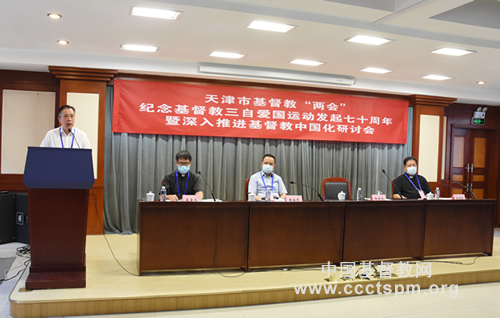 From September 1 to 2, Anhui CC&TSM opened the 2020 training course on patriotic education in Hefei. Over 60 people attended the course, including members of the standing committee of Anhui CC&TSPM, members from the preaching group for reconstruction of theological thinking, as well as members of CCC&TSPM’s preaching group for reconstruction of theological thinking in Anhui. Rev. Xu Xiaohong gave an insightful speech entitled “The Three-Self Spirit Has Been Passed down from Generation to Generation”. 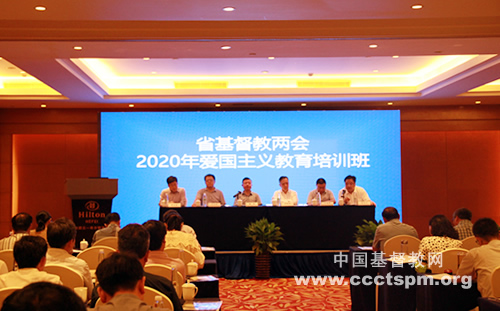 At 9 a.m., September 12, Shenzhen CC&TSPM held a commemoration of the 40th Anniversary of Shenzhen Special Economic Zone & symposium on the 70th anniversary of the Three-Self Patriotic Movement of the Protestant church in China in Shenzhen. Over 130 people were present, including leaders of CCC&TSPM and Guangdong CC&TSPM, leaders and guests of CC&TSPMs in the Pearl River Delta and Chaoshan area, staff members of Shenzhen CC&TSPM as well as pastoral staff and church leaders in Shenzhen. Rev. Shen Xuebin, vice president of CCC and Rev. Fan Hong’en, chairman of Guangdong TSPM were invited to participate and deliver speeches. 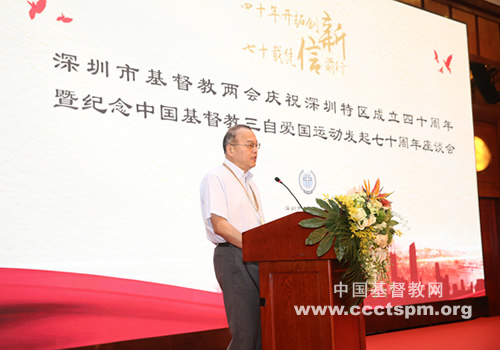 On the morning of September 17, Guangdong CC&TSPM held a meeting to celebrate the 70th anniversary of the Three-Self Patriotic Movement of the Protestant church in China. About 80 people attended the main conference. Due to the requirement of epidemic prevention and control, Guangdong CC&TSPM live streamed the meeting for the first time. Branch venues were set up in 21 cities so that staff members can watch online simultaneously. 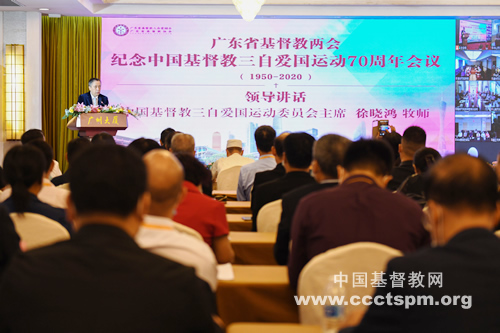 On behalf of CCC&TSPM, Rev. Xu Xiaohong delivered a speech and stressed that it is imperative to stick to the indigenization and contextualization of Christianity in China, uphold the spirit of rule of law, keep running the church in accordance with laws and regulations, adhere to the principle of independence and self-management, and strengthen the echelon construction of talents for Christianity in China. Other religious groups were also invited to partake in the meeting. Bishop Huang Bingzhang, chairman of the Catholic Patriotic Association in Guangdong Province, gave a speech on behalf of other religious groups.