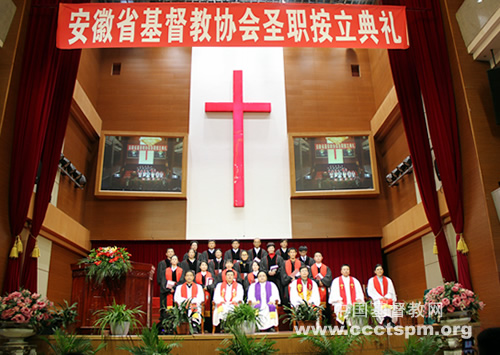 Rev. Chen Tianyuan hosted the ceremony. Rev. Xue Lianxi delivered a sermon entitled “Follow the Visions From Heaven”, exhorting the newly-ordained pastors and elders, together with all staff members in Anhui Province to “desire a noble task”, be examples to the flock, learn continually, and “keep watch over oneself and all the flock” as servants who can glorify the Lord and benefit people.

The ceremony ended up with the benediction given by the newly-ordained pastor Rev. Tian Bao.