Spiritual Words
Paul’s Thorn in the Flesh (I)

— Learning about Pastor Counseling from God

There was a Christian with OCD (obsessive compulsive disorder), who had tussaphobia. Such fear of coughing may sound hilarious to ordinary people, for a cough seems harmless and no need to be afraid. Even the person having such a phobia knows it is not that dreadful, but the fear still comes out of control. Though he felt a desperate need to get away from it, he never made it. The almost decade-long suffering and fear show no sign of ceasing despite prayers and Bible readings as he claimed. For him, the Bible is more like the instrument that helps to conquer tussaphobia, the same case as using a pair of pliers to remove nails. But it turned out to bring confused feelings — “Why doesn’t it work? Many biblical figures like the woman who bled for 12 years were cured. The chronic bleeding was just stopped right after she touched Jesus’ garment (Luke 8:44). But why couldn’t I be cured?” 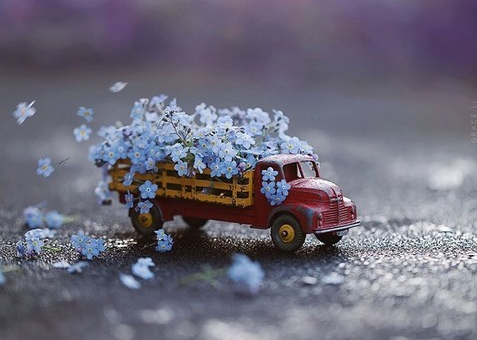 During a session of pastor counseling, a story in the Bible about Paul’s thorn in the flesh popped into my head. Afflicted by the painful thorn, he asked God to remove it for him. But instead, God told him: “My grace is sufficient for you.” (2 Corinthians 12:9) Is it strange to hear God’s answer like that when Paul pleaded for His healing? It may sound like a beside-the-point answer, but to my way of thinking, these words are one of the greatest in the Scripture. I have no idea how long it took Paul to truly understand this saying, while we do know that God didn’t remove the thorn until the end. However, Paul with the thorn became a great saint in one way or another. This saying inundated with implications of healing power also enlightens me.

In a conversation between my client and me, he mentioned the same parable: “I find myself having a thorn in the flesh, like the one in Paul’s. I must ‘eradicate’ it.” So here comes my counseling —

Counselor: Good. You talked about Paul’s thorn in the flesh. Let’s see what it is.

Client: I read the verse again and again. But I see no explicit answer to what the thorn refers to on

Counselor: How did he feel about that thorn?

Client: He was very miserable.

Counselor: Yes, indeed. You see, there’s a similarity between you and Paul, having a thorn in the flesh. He felt distressed about his thorn, and so do you. What did Paul do with that painful thorn?

Client: He kept asking for God’s mercy, and His help to remove the thorn.

Counselor: Look, both of you resort to the same way to get rid of your thorns.

Client: Of course. It’s so painful.

Counselor: But then what did God reply after hearing Paul’s plea for removing the thorn? What did God say specifically?

Client: God spoke to Paul: My grace is sufficient for you.

Counselor: Aye, so what does it mean? It sounds unreasonable and irrelevant, isn’t it? Paul talked about the thorn, while God said His grace. Paul said: “The thorn is so painful. Please help me remove it.” God replied that His grace is so much abundant for Paul. What could Paul think of God’s answer?

Client: He might be thinking about the grace of God.

Counselor: Then what did he do next? Was he crying and asking for God’s work on him removing the thorn, or for something else? Or, did he threaten God to do so by saying “You must remove it for me; otherwise, I can do nothing and neither can I live. I would tell others: ‘God did nothing and just let the thorn afflict me.’ And I would no longer preach the gospel for you?”

Client: No, he did not say anything like that.

Client: He could not force God to help him. I guess.

Counselor: You do have a sense of humor. There’s no way for Paul to change the mind of God. But  would it be possible for him to start to ponder God’s words at that very moment? For instance, “Oh, every day I only see the thorn before me but ignore the grace from God, though His grace is much greater and more abundant than the pain. I’ve been abandoning myself in the suffering rather than merrily living in His grace.” Anyway, the fact is God did not remove the thorn, but Paul still lived with it and shouldered his mission. He then became a great saint as we know it.

Counselor: So then please tell me: do you still insist on removing your thorn?

Client: Certainly, I do. I feel like I am abnormal because of the thorn. The only way of becoming normal is to get rid of it.

Counselor: Right. God did not remove the thorn as Paul asked. What did he think of God? Did Paul believe that God gave him a hard time to make him look “abnormal”?

Counselor: So the thing is — Paul with a thorn in his flesh was not merely normal but became a saint as well. How come you have a thorn but turn abnormal?

Client: Saint Paul was the great apostle. But who am I?

Counselor: Saint Paul the Apostle can bear a thorn. And you and me, we are just normal people. What makes it hard to accept the fact that we are not flawless and may have a thorn in the flesh?

Client: Indeed. I am a competitive person since I was young. I can not be tolerant of any deficiencies in myself. And whatever I do I always want to be superior to others. So I keep comparing myself with other people all the time. If I find a flaw in myself, I will be caught in the feelings of being defeated, hopeless and abnormal. Actually such a mental block comes from my habit to compare to one of my schoolmates throughout my school years. From the primary school to the senior high, seemingly I must be better than him in every part of my life. Perfection is the best. I feared to be no better than him. So I always saw him as a target to compete with until I have this mental problem.

Counselor: A good narrative! You have a good understanding and analysis of your situation. Shall we have another conversation to see why your thorn is “tussaphobia” for our next session, all right?

The original article is written by Wang Xuefu, published in Tianfeng (2021, Vol.11)  and translated by Bei Feng.