There is a ‘disobedient student’ in the Bible, the renowned prophet Jonah. He was frank yet willful, lovable yet obstinate. He was sometimes full of remorse while sometimes very easy to lose his temper. What did his ‘teacher’ Jehovah do to teach and guide him? What messages can teachers or pastors learn from it? 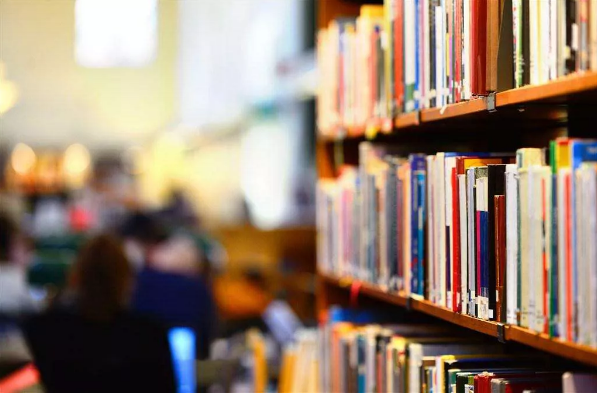 Jonah never expected that his proclamation ——‘Forty days more, and Nineveh shall be overthrown!’ (Jonah: 3:4) was so powerful that the entire Nineveh city repented and turned from their evil ways. (Jonah: 3:5-9)

What supposed to be a delightful thing, however, made Jonah feel displeased and even angry. He prayed to Jehovah and said: ‘Oh God! Is not this what I said when I was still in my own country? That is why I fled to Tarshish at the beginning; for I knew that you are a gracious God and merciful, slow to angry, and abounding in steadfast love, and ready to relent from punishing. And now, O LORD, please take my life from me, for it is better for me to die than to live.’ (Jonah: 4:1-3)

Even though Jonah knew Jehovah well and was familiar with His abounding grace, mercy, love and faithfulness, he could not understand why Jehovah saved the Ninevites. Here, God is like a mentor to Jonah. He asked him: ‘Is it right for you to be angry?’ (Jonah: 4:4)

Jonah did not pay attention to God's words and continued to think in his own way. He went out of the city and pitched himself a booth, waiting to see what would become of Nineveh. God showed His mercy by appointing a bush shadowing Jonah as it was scorching hot and dry there.

Soon later, God appointed a worm to attack the bush which then withered. The sun beat down on the head of Jonah, so that he was faint and made complaint 'it is better to die than to live'. (Jonah: 4:8) God asked him again:' is it right for you to be angry about the bush?' (Jonah: 4:9)

Even though Jonah ignored His inquires, Jehovah still showed His great patience in teaching Jonah, hoping Jonah would confront himself, accept himself, reflect on himself and change himself. 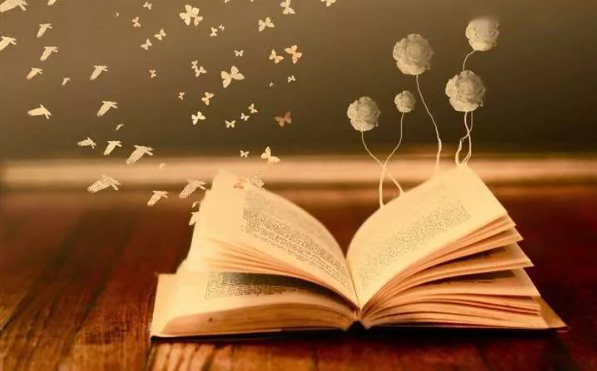 Jehovah is the God of heaven, who made the sea and the dry land. (Jonah: 1: 9) and He holds everything in His hands. To deal with Jonah's disobedience, Jehovah appointed 'a big ship', 'a huge fish', 'a bush', and 'a worm' to discipline the stubborn and wayward Jonah.

Jonah's experience on board made him realize that God's will is irresistible; He prayed to God from the belly of the fish because he knew that only God could help him out of the despair; the shade from the bush showcased the grace and protection from the grace of God; the withered bush was also the evidence that made Jonah believe God holds the sovereignty of the earth and the heaven. 'The Lord gave, and the Lord has taken away; blessed by the name of the Lord.' (Job: 1:21)

The sovereign God is ubiquitous. Although Jonah was capable of making his own choice with his free will, he still could not 'run out of' God's plan, resembling the prayers from prophet Jeremiah 'I know, O LORD, that the way of human beings is not in their control, that mortals as they walk cannot direct their steps.' (Jeremiah: 10:23)

When we wonder, and we turn to the left or when we turn to the right, our ears shall hear a word behind us, saying, 'This is the right way; walk in it.' (Isaiah: 30:21) If we make a resolution to follow God's plan, obey the commandments of God, do not turn aside from the words of God nor follow other gods to serve them, God will make us the head, and not the tail; we shall be only at the top, and not at the bottom. (Deuteronomy: 28: 13-14) 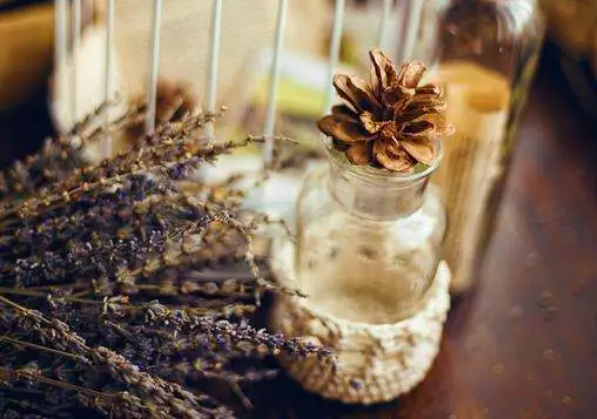 The everlasting God our Lord is the one who created the earth and the heaven. He is never weary or tired and His wisdom is barely measurable. God is gracious to Jonah so He appointed a bush to deliver Jonah from the heat and dry, making Jonah joyous and delivering him from grief.

However, the moment to enjoy the coolness and comfort did not last for long and was ruined by a tiny worm. Jonah then was angry about the withered bush and said 'It is better for me to die than to live.'

Then God said what was in His mind, 'You are concerned about the bush, for which you did not labor and which you did not grow; it came into being in a night and perished in a night. And should I not be concerned about Nineveh, that great city, in which there are more than a hundred and twenty thousand persons who do not know their right hand from the left, and also many animals?' (Jonah: 4: 10-11)

God made an analogy between 'a bush', ' a worm' and the hundred and twenty thousand persons in Nineveh to let Jonah know that even Jonah would care the withered bush that he did not grew, God undoubtedly cared and loved the people in Nineveh as well.

God wanted Jonah to be more open-minded and to know God's heart that is merciful not only to Israeli but also to the people in Nineveh. God would show His mercy and love if these people could repent.

We can see that God's love is unconditional and He loves people from different places, with different ethnics and colors of skin tone. God loves the world, and loves those who are willing to shun evilness and turn to God with remorse. 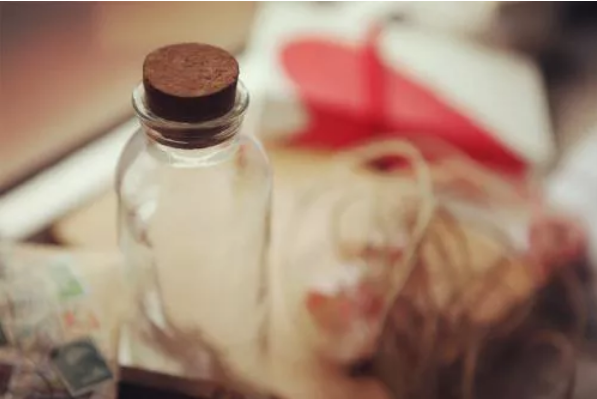 Teaching by Revealing the Truth

Why did Jonah flee from the presence of God? Why did Jonah become angry? Actually Jonah did have his own reasons.

Firstly, People in Nineveh were notorious for their evil deeds and Jonah thought they deserved to be perished. When God asked him to deliver such message to those gentiles, he was reluctant to go.

Additionally, Jonah doubted that God could show His almighty power out of the area of Palestine. So he fled to where he believed he could escape from God's rule and sovereignty. Therefore, he fled to Tarshish.

He was also afraid that God might fail to fulfill the message outside the area of Palestine where he was asked to go, and this could embarrass him because people would call him false prophet.

Hence, Jonah was angry and ignored the words of God. (Jonah: 4:1) He even unreasonably prayed to God to end his life. But God is gracious and merciful, slow to angry and abundant in love. The faithful God wanted Jonah to understanding the truth.

For Jonah, narrow nationalism and egoism made sense so that he put his own interest first and centralized his own benefits.

In comparison to Jonah's perspective, God is totally unselfish to love His creation and the people He raised. He is willing to make every effort to call them repent, return from sin to Him.

God saves sinners and treats them equally with love. That is the eternal truth of God's love, full of justice.

God taught Jonah patiently to let him know that He loves the world and those who are willing to return to Him, because He said 'not wanting any to perish, but all to come to repentance'. (2 Peter: 3: 9) 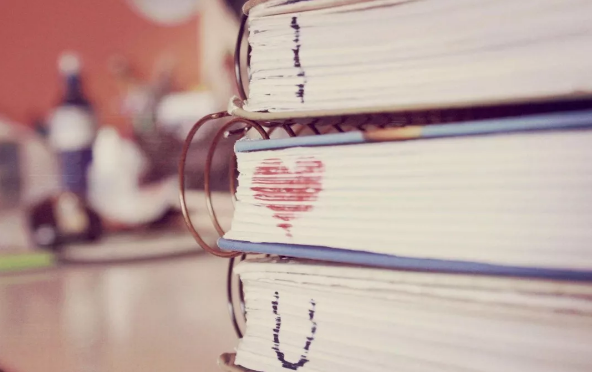 The Book of Jonah pictures a vivid image of Prophet Jonah: he fled away when he heard the calling of God; he felt struggling about the message; he was angry and willing to die. These help us have a better understanding of a stubborn and frank prophet Jonah who was also a narrow nationalist.

There seems a lacking in telling the end of the Book of Jonah, while it does end up with the most intriguing part. The opening end followed by the four chapters of the Book of Jonah does not tell us what happened to Prophet Jonah later, but it leaves us infinite space of imagination.

In a series of experience from Jonah, God was like a patient, amicable mentor, who step by step inspired, taught this 'disobedient child'. Our sovereign God put Jonah in various environments to train and shape Jonah.

No relevant verses unveil the destiny of Jonah, but this also reveals that God is of great patience and has no rush to wait for Jonah's return. There is a time for every activity and God has been waiting.

It also teaches us to believe all things, hope all things and wait for all things. As it is said on Bible, 'those who wait for God shall renew their strength; they shall mount up with wings like eagles; they shall run and not be weary; they shall walk and not faint.' (Isaiah: 40:31)

God our Lord did not despise Jonah even though Jonah is not perfect. However, he is a very frank, sincere, lovable and stubborn person, who heard the calling of the God and came to serve God.

God is like a wise mentor, utilizing various environments and methods to patiently encourage, mold and shape Jonah, so as to change him and enable him to be more aware of the goodness, integrity and joyfulness of God's plan.

For Jonah, he was expected to be quiet, introspective, to face to himself, to be slow to angry, so as to fulfill the word of God.

He was also expected to believe all things, hope all things and wait for all things no matter who he was confronting with.

These are all attributed to God, a wise mentor, wonderful savior, kind Father, who always give grace, offer mercy to all those who are willing to repent and return to God.