Selected Sermons
‘I Had Heard of You By The Hearing of The Ear; But Now My Eye Sees You’
2018-11-03 Tianfeng Official Account
A+
A-

The Book of Job is one of the most amazing ones, which tells the story of an great ancient faithful man, together with the author's own understanding of the suffering.

It contains plenty of valuable thoughts and truths and it serves as a mirror allowing each of the readers to see themselves.

Those who are in suffering can be comforted, helped and inspired by it, and then find answers to their questions in God’s reply out of the whirlwind.

Those who are not open-minded and set their own standards upon others may find themselves from Job’s three friends.

It is good for a lot more people to reflect their motives of faith by reading the Book of Job as the Book allows them to have a better understanding of God and recognize that His miraculous works sometimes are beyond our reach.

It conveys a paramount truth from the Book that mankind’s belief, thoughts and living are all under the grace of God. 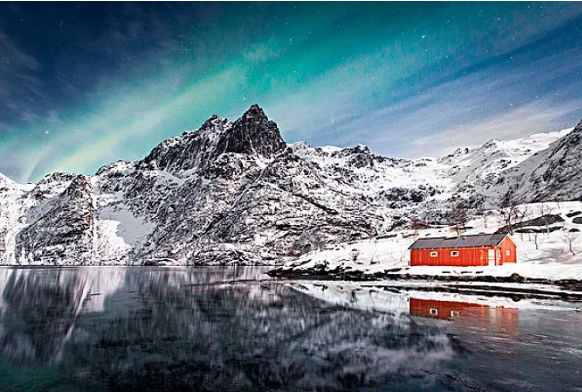 The first two chapters make us aware of the fact that Job was blameless and upright, one who feared God and turned away from evil.

He received huge blessings from God with enormous fortunes, a harmonious family and the praise from God who considered Job as His servant.

However, Satan stood out to slander Job and challenge Job’s faith by saying: Job feared God merely because he received blessings from God. In another word, Satan claimed that Job fear God for the blessing.

'Does Job fear God for nothing? Have you not put a fence around him and his house and all that he has, on every side? You have blessed the work of his hands, and his possessions have increased in the land.’ (Job: 1:9-10)

Many do fear God for receiving blessing from Him and it seems that fearing and believing God are the guarantee of the blessing. Was Job one of them? 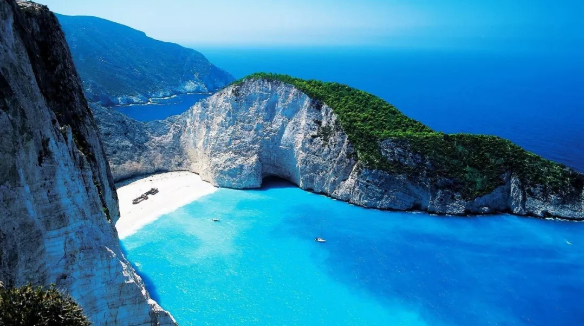 In a short while, Job lost all his possessions, his fortunes and his sons and daughters, and was inflicted by loathsome sores from the sole of his feet to the crown of his head. Hence, Job soon fell into a great misery.

However, as a matter of fact, it proved that Job deserved the praise from God as he never forsaken God as Satan said even if he was deprived of all blessings.

Job withstood the trial and what he said from the beginning of his suffering testified his pure belief motives. ‘Naked I came from my mother’s womb; and naked shall I return there; the LORD gave, and the LORD has taken away withdrew; blessed be the name of the LORD.’ (Job: 1:12)

'Shall we receive the good from the hand of God, and not receive the bad?’ (Job: 2: 10) Although Job once questioned God in the argument with his friends, he neither doubted the existence of God, nor rejected God. Instead, his suffering made him hold tightly to his God. 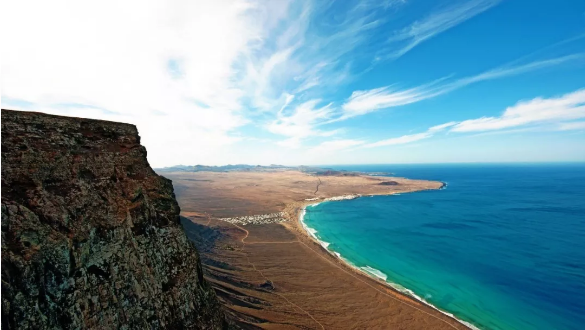 What can we learn from the story of the righteous in the sufferings?

From Job’s perspective, he did not know that the sufferings happened to him was out of the slanders from Satan and the trial of his devout heart from God.

God knew Job was devout. His trial was the chance for Job to manifest his devoutness, similar to God’s trial on Abraham who offered his son as the burnt offering.

For Job, he was unknown to God’s trial, and yet he was consistent to fear God because he did so with a devout heart rather than being out of the mind of receiving blessing.

If a person could still keep his steadfast faith in misery and suffering, it can not only demonstrate that the slanders from Satan are nonsense, but also provide strong evidence that the faithfulness and virtue transcending utilitarianism do exist. Those who serve God for His blessings should feel ashamed.

This also reminds us to contemplate the reasons why we come to serve God. Is it for the status in the church, the praise from others, God’s blessings, or merely for God Himself? 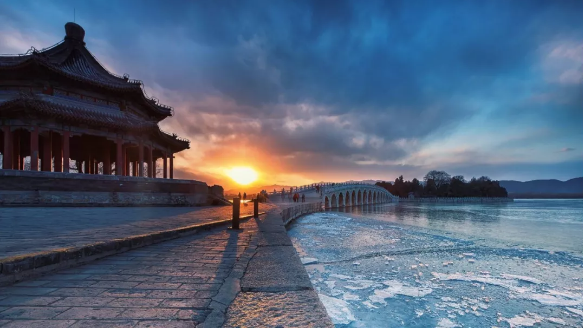 Out of compassion and pure friendship, three of Job’s friends came to comfort Job when they knew what happened to him.

However, they could not stand in silence anymore after staying with Job for 7 days.

They expressed their understanding of why Job was suffering. Their fierce debates can be found in the Book of Job from verse 3:1 to verse 31:40, which was described in poetic language.

They held the same viewpoint from different perspectives, the cause and effect theory. The sinners will undoubtedly be punished and suffer in misery.. Thus, they jumped to the conclusion that Job was a sinner for he was in suffering.

This point of view coincides with the moral position in the Book of Deuteronomy, the Book of Proverbs and prophets, while God said that was foolish.

The problem is they misunderstood and misused the truth. They thought they fully grasped the whole of it so that they could explain Job’s suffering, the suffering that they could not fully understand.

The Book of Job does not strike down the doctrines people know from the Scripture, like God’s justice and mercy, His favors of the righteous and punishment of the sinners, and some average regulations as the cause and effect. As a matter of fact, it is meant to strike down the assertion and arrogance of people, their distortion of God and the misjudgment towards their companions.

Its target is to teach those dogmatists who judge and label others with their superficial understanding of the truth, or the so called ‘truth’ that they pursue.

Limited as we are, it is impossible for us to fully grasp the whole truth. We can merely perceive a glass or a bag of water amid the ocean-like truth.

Dogmatism can damage the width and depth of a person’s life. As a result, man turns to be narrow-minded and attempts to understand and judge based upon his own experience, historical traditions, and his perception.

The Book of Job is to bash dogmatism and teach people to be honest and aware of individual limits and prejudice, for fear that one might generalize the whole from one single point. 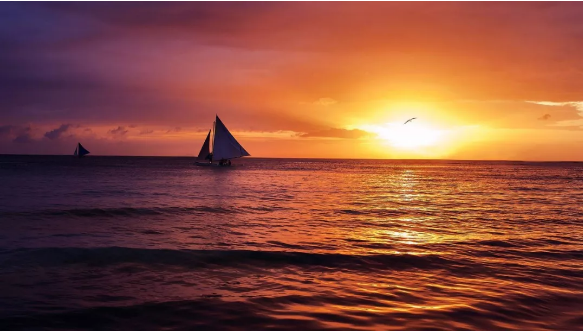 God’s word out of the whirlwind

People in the Book of Job, say Job, three of his friends, and Elihu, had different understandings of what happened to Job and that was shaped by their perception to God.

However, there was one thing in common regarding their belief: God never makes mistakes, and there is always a reason for God’s work on Job.

Hence, they argued about the reasons why Job was suffering.

For Job, he was confused mostly about why God sent disasters when he did not have any wrongdoings, rather than the loss of his possessions, sons and daughters, together with the physical pain. He could understand that God blessed and God punished, while he could not know why he suffered?

When the wise man failed to comfort Job, Job went to God and pleaded.

At the end of his prayer, he tried to challenge God, saying ‘Here is my signature! Let the Almighty answer me!’ (Job 31:35)

After a long wait in a long dark night with a bewildered mind in the mist, God finally made appearance to Job and answered his questions.

From Job 38-41, the verses recorded what God had said to Job.

It seemed that God did not answer Job’s questions, nor answer why Job suffered. Instead, he raised over a hundred questions to Job. However, God’s word made Job suddenly see the light.

God’s reply out of the whirlwind is regarded as the most difficult part to comprehend in the Book of Job, primarily because we rely heavily on our deductions and conclusions to know God. 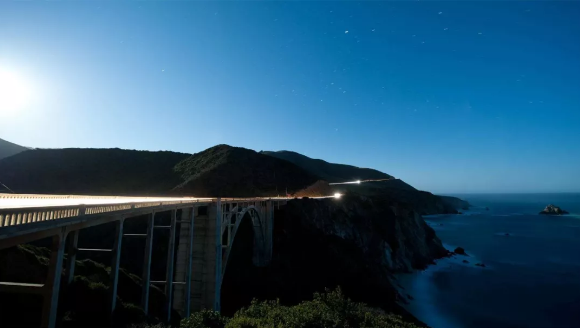 We aspire for reasonable cause for each incident, and cannot withstand what we don’t understand because we think we can explain everything with our knowledge and deduction.

In the Book of Job, God's word out of whirlwind remind of us that we cannot explain all questions in the nature with our limited knowledge and deductions.

From people's interpretations of the sources of suffering in the Book of Job, it is to show readers the image of God, to lead to a 'real encounter' of relationship between God and human beings.

A real encounter with God is to recognise self-limitation, and stop relying on the limited knowledge and deduction. That is because human beings are small before God no matter how holy and righteous they are. No matter how logical it is, that is nothing but a man's self-centered arrogance.

Even though there are many sins and miseries that never stop and there are things happening for no reason, we still firmly believe and trust God for hope.

The whole Book of Job demonstrates the faith in God, which tells of the fact that we have steadfast faith in God no matter how confused, unknown to our circumstances.

It tells us that we should not lose our trust in God with the change of the environment and circumstance.

We should tightly take hold of God and never ask with wrong motives in any situation. If we hold tightly to God's hand, He will definitely be responsible for you until the end.

The Book of Job is like a touchstone which can testify our faith, devotion to God, and our motives of faith by reading it.

The author of this Book elaborately tells the story of the great ancient faithful man--Job to enlighten us to reflect our faith.

Is it for God or for His blessing? Do we realize our limitation and stop using our limited knowledge to explain everything?

Do we realize that we should return to the One who created from the beginning to the end and enrich our understanding to God, instead of explaining incidents with logic and deduction when we are with God and in the guiding of Him.

The Book of Job helps us in hearing from God and experiencing Him and seeing the One we trust.