When my daughter and I were on our way back home, some colorful wildflowers that grew on the sides of the road caught my eyes. I was about to praise the great work done by the Creator who bestow us with such a kaleidoscope-like world. But the next moment I was stuck as I heard my little girl suddenly asking: “Dad, what is the color of God?” I could not give a proper answer, so I simply replied by instinct: “You’ve really got me there, but I don’t think it’s a good question to ask.” 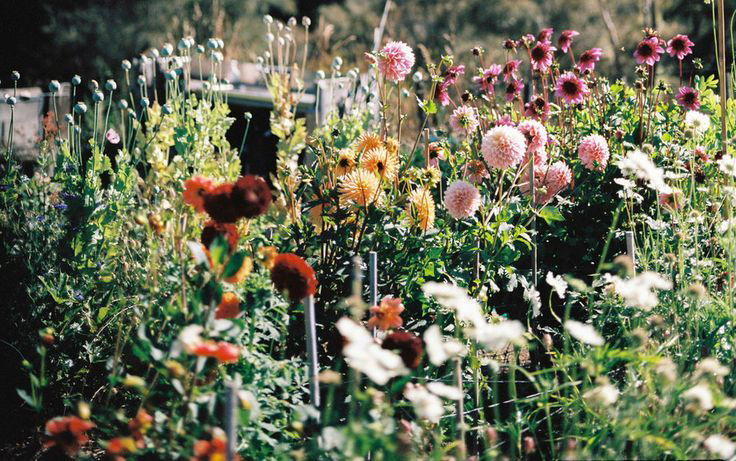 Are there any verses that depict the color of God? I only have a rough idea of God being pure white from Revelation 1:14, “The hair on his head was white like wool, as white as snow.” But then it also occurred to me that one prophet said that he saw the radiance surround Him, “like the appearance of a rainbow in the clouds on a rainy day.” (Ezek. 1:27-28) Does it mean God is as colorful as a rainbow? Then another strange idea popped into my head -- does the bright light coming from God resemble germs that can reflect to show rainbow-like beams? Absurd as it may sound, I stopped the nonsense at once.

It then made me realized that what’s inside me was a strong refusal to answer such questions. Recognizing myself as a traditional Christian, I tended to adopt a negative attitude towards those unconventional questions like “what is the color of God”, as they genuinely baffled me. The words like “God is omnipotent”, “God is omnipresent” and “God is omniscient” are what I would like to answer with. Rather than answering the questions that are beyond my knowledge nor within my thoughts, I’d love to answer the ones that I’m familiar with.

As a result, even though I normally had little patience, I still couldn’t stop my daughter from asking: What does God look like? What is the color of God? Does God have a mother? I just don’t know what made the kid come up with so many “weird thoughts”.

Charles Haddon Spurgeon said that the mind to “think God” was the mind of greatness. However, personally, when it comes to “think God”, I find my mind being trapped in a circle that grew imperceptibly. And I never realized its existence until someone stimulated my mind by approaching the circle and touching it from outside -- asking the “weird” questions that I refused to answer at the first time. I reckoned them as “inappropriate questions”.

The circle is like a room that stores books of all sorts, containing what I’ve learnt from an early age to the years of my seminary study. Some are in the form of books, while others are paper cuts, pictures and even video clips. I read some of them frequently due to daily matters or out of the needs to look through when serving in the church, so the rest of them are only held on the shelves. Rather than being shelved by subjects or disciplines, they are placed in the order of time. As time goes by, those piled in the room are getting larger and larger without arrangement, leaving limited space for other new books. Hence, instead of reading extensively, I began to select books prudently, only with the useful ones. These books are also what I frequently read and what I’m familiar with, while at the same time such selective reading also deprived me of the chance to read other books.

In the Pharisees, the Sadducees and the Lord’s disciples, I also see the circle. The Pharisees could not accept the Carpenter of Nazareth. The Sadducees didn’t believe the resurrection. The Lord’s disciples only looked for a messiah that could reign the kingdom on earth. They showed nothing but ignorance as they valued their own circle more than the word of the Lord Jesus. Their first reaction was to against the message given by the Lord, which in their eyes was new, mind-blowing and “not right”. They looked into ancient books and tried to find out any potential references so as to make an argument against Jesus. However, they never learnt to become humble, nor realized that their room was truly finite, only resulting in narrow-mindedness and finiteness. So when the infinity of our God is revealed to them, things that they knew about then become rather deficient.

Disciple Peter also had this circle when he was doing the ministry. Even though he saw the vision from God three times, he still couldn’t understand it -- because his circle only told he not to eat anything unclear. It was not until the descent of the Holy Spirit that made him begin to speak: “I now realize how true it is that God does not show favoritism.” (Acts 10:9, 16, 34) His words tell us the way that God fulfils His work. And it also lets us know that the circle of Peter was once so narrow that it limited his mind. But then he recognized that the kingdom of God is vastly enormous.

A professor lecturing on “Chinese Theology” once told us, “Christian theology is a theology of renewal, and its connotations are buried in the ever changing situations.” It occurs to me that Christians in their eras should be the explorers rather than old guards. Like a huge mountain, Christianity enthralls people of different times to constantly climb and follow the steps of their predecessors who paved the winding road to the summit. When they reached the end of the road, some would take it as the top of it and even tend to use their experience to teach others. To their surprise, as the sun goes up and clouds clear up, more waves of mountains appear from above. Climbers from generation to generation actually don’t know the height of the mountain.

Here is one of my favorite lines of a poem by a Chinese poet named Qu Yuan: “Long, long had been my road and far, far was the journey; I would go up and down to seek my heart’s desire.” (Trans. David Hawkes) Some would relate piety to stubbornness, rigidity, and exclusiveness. But personally, it involves more about the spirits of inquisitiveness and exploration. Although the question of “what is the color of God” sounds ridiculous, the essence of exploration is to embrace an open-minded attitude. Maybe it is the journey of walking with God that allows people to experience impossibilities that become possibilities.