Spiritual Words
How to Provide Pastoral Care to Depressed Believers?
2021-06-21
A+
A-

Depression is a non-negligible global illness that poses hazardous potentials to human health. As a major disease causing inabilities, it can also even trigger suicides. A report showed that in 2016 China had approximately 70 million people harassed by depressive disorders, while a clinical report indicated that the number of depression sufferers climbed 18% over the previous decade. 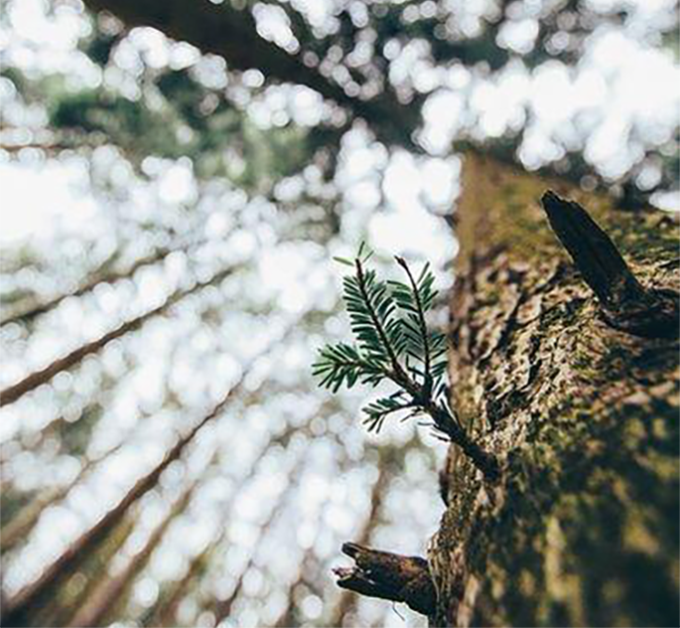 As one of the most common mental disorders, depression is linked with genetic, physiological and psychosocial factors. Medical researchers found that those who suffer from depressive disorders are experiencing neurotransmitter imbalance in their brains. Neural imaging studies also implied that differences in brain structures and cerebral circulation do exist between sufferers and healthy people. Therefore, like getting a cold, depression is another type of illness that causes the dysfunction of one’s brain.

A feeling of sadness, loss of interest and a lack of pleasure are three major symptoms of depressive disorders. Sufferers tend to feel depressed and are low-spirited. The severe ones even find no meaning in life, and lose their interest in activities or things that used to be appealing to them. They can feel the sense of pleasure no more. At the same time, depressive disorders may also induce insomnia, fatigue, laziness, anxiety, mental slowness (one may feel like having cement in the brain), memory loss, a decline in attention span and learning abilities, self-condemnation, guiltiness. People with severe depressive disorders would think of giving up on their lives or simply do so.

Many depression sufferers receive little understanding. Troubled by depressive thoughts, they tend to keep it rather than seek help from outside because of the fear of being labeled as mentally ill. So they have to suffer alone and make it even worse. In fact, depressive disorders can be discerned, preventive, ameliorated and treated. Early treatment can help depression sufferers restore hope in life with a wholesome mind and soul.

Once I was invited to lecture for a clergy training course. When the three-day tight-scheduled courses ended, I sat down and had my coffee which had already gotten cold. The church’s senior pastor then came to me and said: “There is a brother in the church who is suffering severe depression. He always yelled out wanting to end his life, which made the family messy with all family members having no peace of mind. His wife is also one of our church volunteers. Each time she came to me for help, her eyes were brimmed with tears.”

He then added: “When our believers are in similar situations, I lead them to look up to God and pray. I give words of exhortation for family harmony and lay my hands on them several times, praying for the Lord’s merciful healing. But apart from these, most of time I feel powerless. For this family, two years have elapsed but it still seems to remain the same. Ms. Feng, please help save this family with a plausible method.” With no hesitation, I replied: “I will go to see them with you.”

Then I saw a pair of couple waiting for us in the pastor’s office. The husband was around 40, neatly dressed, tall and lean, but looked gloomy. The wife wore a ponytail and light makeup, with a look of competent professional woman.

After the pastor introduced me to them. The wife Xiaoping talked to me first: “My husband used to work conscientiously and responsibly, and he loved family and church. But the illness changed him totally since one year before. Instead of running the business, he now does nothing but lying in the bed all day, signing and self-condemning. Later he was diagnosed with depression and began to take medicines. But we saw no improvement of depressive symptoms. Ms. Feng, please help him.”

Haoyun, the husband who sat aside and held his hands together then nodded heavily: “I find no pleasure in doing anything. I feel a sense of emptiness and numbness and see no meaning in life. I don’t want to go out seeing anyone, nor to know what is happening in the world. My body aches all the time, and my scalp feels tight. There is a constant humming in my head. It seems like wearing a tightened golden hoop in the head (as the one disciplined Sun Wukong in the Journey to the West), causing a terrible pain on both sides of my head. I am also suffering from insomnia. Sometimes I sleep lightly and wake up with a start shortly after. The brain feels foggy and no motivation drives me to do things other than lying in the bed keeping asking myself the meaning of life. For more than once, I want to end my life because of the tiredness of being a man.

I then asked him gently: “I know what you are enduring -- the pain caused by depressive emotions. You said you used to seek medical advice. What did the doctor say? Have you taken your medicines regularly?”

He shook his head and said angrily: “The doctor diagnosed me with severe depression and prescribed medicines. I took doses for a long while but didn’t get better. Since it’s of no use, I tossed the rest into the bin this morning. Ms. Feng, do you think I can conquer depression by simply relying on Jesus without taking pills or capsules? I’d rather go to heaven early escaping the sufferings both mentally and physically, if even God wouldn’t heal me.” The wife beside him heard and wiped the tears from her eyes.

I got to know that the doctor had given him appropriate prescriptions, with two types of medicines, asking him to take one in the morning and the other in the middle of the day. However, Haoyun only took one of those for fear that the dependence on drugs could cause side effects that might slow down his brain and worsen the situation later. So it’s no wonder that the depressive symptoms remained. And the man had lost trust in medication treatment as well.

I then comforted them: “There’s a lot more you shall know about depressive disorders; otherwise, you would be overwhelmed by emotional resistance and concerns. Let me make clear the types and corresponding treatments of depressive disorders to you. This will help remove doubts and make patients responsive to treatments.” They all said “yes” to my offer.

Then a great patience had been given to my following “lecture”:

Depressive disorders take on various forms. Firstly, psychotic depression. The sufferers are depressed, with symptoms of headache, insomnia, eating disorders, loss of interests and motivations. It is also accompanied by hallucinations, delusions, along with several abnormal speech and acts. Such sufferers must receive hospital treatment.

Secondly, isolation-induced depression. The sufferers isolate themselves from the outer world, do or even eat nothing at all. They are reluctant to go out to see other people and normally want to end their lives. Not merely a mental illness, the root cause of depression is the imbalance between the secretion from the brain and the chemicals in the nervous system (5-hydroxytryptamine). With the use of medications, patients could get better from such proper treatment for depression. So if you find people around you suffering from depressive symptoms while choosing to isolate themselves, you shall stay with them and encourage them to receive medication treatment.

Thirdly, atypical depression, which happens to be opposite to the isolation-induced depression. Rather than emotional numbness, the reaction of atypical depression sufferers could be extreme. For example, if they are invited to dine with their friends, it would make them feel exalted. But the optimistic mood would soon be replaced by a gloomy feeling as if riding a roller coaster that has just climbed up to the height and begun to go down. This type of depression may induce excessive sleepiness. Sufferers become lazy to lie in the bed all day. They would become gluttonous as well because bad feelings make them stuff themselves with food and sorts of snacks. But then they would regret due to weight gain. Sufferers falling into such vicious circles have rapid mood swings, and need psychological counselling and medication treatment.

Fourthly, seasonal affective disorder, a type of depression susceptible to changes in seasons. In summers, when rape flowers bloom, mood swings are common. Relevant researches gave evidence that this may be produced by the prevalence of pollen. Also from late fall to early winter, when days get shorter and nights get longer, less sunlight causes rising depression rates. Therefore, it is recommended to get closer to the nature with more sunlight and brisk walking, coupled with anti-depression drugs.

Fifthly, physiologic depression, caused by hormonal imbalance, such as perinatal depression, and age-related hormonal imbalance. Sometimes patients with severe diseases may feel sad out of nowhere and they feel guilty and depressed, which affects their daily normal lives. If you see your friends or family members in a similar situation, you shall ask them to go to see a doctor for medical advice while keeping in accompany with them.

After hearing my explanation of types of depression, the pastor replied: “We knew little about depressive disorders, nor were able to distinguish, let alone to cope with it. We thought it was merely a matter of personality and used to misguide believers by telling them that only prayers, tolerance and a good rest could help them conquer it. Thank you, Ms. Feng. Your lesson is very helpful.”

I told them: “The five types of depression I mentioned are like colds and fevers, requiring us to seek medical advice and take medicines. We psychotherapists normally refer to depression as brain flu, which needs medical treatment. Highly effective anti-depression drugs are now available to depression sufferers, and over 80% of them complying with medical advice could recover.

His eyes sparkled when Haoyun, the husband, heard this as if grasping a silver lining. The pastor said: “Brother, you shall be faithful and begin to take medications regularly. From tomorrow on, I will keep watch over you via phone calls until you recover.”

I felt gratified and padded Haoyun on his shoulder: “Medication is the God-blessed wisdom to medical researchers. Receiving medication treatment is not losing hope in God’s healing. You shall pray, look up the Lord, and take doses as you had been prescribed. It takes about seven days for the medication to work. I hope you could recover very soon.”

At last, before the couple left, they said wholeheartedly: “Thank God for bestow a new hope upon us from you.”

The original article is written by Feng Shuxian, visiting professor of Nanjing Union Theological Seminary, and published in Tianfeng (Vol. 497), May, 2021.

Relevant readings
Those Young People
【Poems】Meditations for Holy Week
'It Is Before Their Own Lord'
Ten Attitudes to Confront with the Pandemic
If Salt Loses Its Savor
Most popular
1
Updated: Seminaries Hold the 2022 Commencement
2
Groundbreaking Ceremony Conducted for Hecheng Church in Gaoming District, Foshan
3
Shanxi and Shandong CC&TSPMs Conduct Ordination Ceremonies
Devotional Companion