You may notice several special brothers and sisters in Mingde Road Church of Urumqi, Xinjiang: they wear backpacks that are always full, with sorts of vacuum flasks. When they meet the people in the need of help, they offer self-made rice paste or wild ganoderma water to them. They visit brothers and sisters with severe illnesses on a frequent basis at their homes or in hospitals. You may also find them in different hospitals and funeral parlors of Urumqi. They are the people from the Serious Illness Care of Mingde Church. 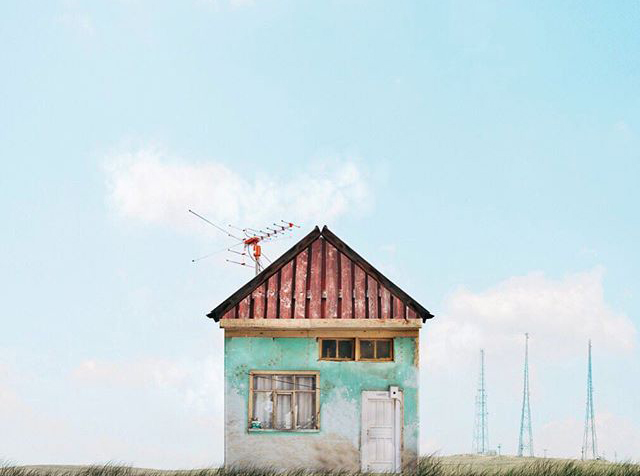 To those who are patients with late-stage diseases, they serve with the late-stage care. In the notion of many Chinese people, words like “near the end of life” are hard to swallow. So the team was understandably named “Serious Illness Care”. The team’s leader is Sister Wu Sheng, and its members are people who are inundated with the love of the Lord, touched by the Holy Spirit and willing to serve others wholeheartedly.

Out of the need for better serving, Sister Wu purchased a sport utility vehicle several years ago for the team’s visits and travels to different destinations. Brother Yuan Quan, who serves as the church pianist for Mingde Church responsible for the choir’s wedding and funeral rituals, is usually the driver and one of those active members of the Serious Illness Care to serve from place to place. He himself once experienced the healing from the Omnipotent Healer. Sister Xi Le also suffers from illness. Nevertheless she always comforts other brothers and sisters in the distress with hearty smiles. Sister Xiao Cao leads the choir during Sunday services. She used to be diagnosed with lymphatic cancer and received chemotherapies. In the worst situations, she even faced up to death and left her last words twice. But finally she was healed thanks to the Lord’s mercy, after which she joined the Serious Illness Care and kept using her personal experience to inspire other terminal patients. Sister Yu Hua has a busy day job, but she managed to participate in the works of Serious Illness Care whenever she could on weekends. And there are so many more brothers and sisters touched to join the caring team.

Four years ago, that December, my mother who lived in Taiyuan, a city where I was born and far away from where I served, was diagnosed with advanced liver cancer. I consulted late-stage care from Sister Wu Sheng and hoped she could pray for my mother. But I got more than I’d expected -- she reached out to the relatives in my hometown and flew all the way to Taiyuan to look after my mother, during which massaging her, singing hymns and praying with my family members. Although the late-stage disease had been a torture to my mother, she still had joy and peace from the accompany and selfless love of Sister Wu Sheng who travelled from far apart to the place where my mother lived to bring so much comfort to my family. My mother then called Sister Wu “angel” whenever she saw her. Because of Sister Wu, whose love was a source of motivation for me, even if I was far away I could set my mind at rest finishing five sermons during that Christmas; My mother got a little better with her care and next January when I went back home I could take care of her myself in her last days. During that time, when Sister Wu’s name was on our lips, my mother was always joyous to say, smilingly and softly: “She is indeed an angel!”

God touches the heart of each and every one in the Serious Illness Care to serve, and also witnesses their personal spiritual growth. In the beginning, they simply intended to visit the church members who suffered severe diseases. During their visits, they found that many of those late-stage patients yearned for pouring out their hearts to someone. So they chose to stay and lent an ear to them. Some of the patients became grumpy due to the illness and the relationship with their families got intense. The Serious Illness Care then tried to be the encourager and comforter of both sides. Some of them were bed-laden patients who needed regular massages. So they began to learn basic nursing skills.

Five years ago, the Serious Illness Care was taking care of a young sister who was seriously ill and they stayed with her until the end of her life. The scene when the medical staff cleaned the sister’s body with medical tweezers in the conscientious but emotionless manner of a routine task did stir their emotions up greatly, after they saw the sister drew her last breath. Since then, there is another task added to the list of the serving of the team -- personally cleaning the bodies of the deceased brothers and sisters, dressing them in burial clothes and doing mortuary makeup for them.

Staff members of the Serious Illness Care normally stayed in the hospital overnight with relatives of the late-stage patients, trying to be around them until the final moments of their lives. Since no one knows when the time would come, for those who never experience any loss of their loved ones before might be overwhelmed with anguish and helplessness, staff members of the Serious Illness Care tend to stay with them in turns and give words of encouragement telling them to accompany the patients. Whenever their relatives call the Serious Illness Care with the news that their loved one passed away, who might spend their last moments at homes or in hospitals, staff members would arrive at the first time to help the relatives and to serve the deceased brother or sister.

Some patients with severe illness had to be kept long in the intensive care unit with tubes connected to monitors and equipment for treatment inserting in their bodies, so when they were alive they barely had chance of showering, bathing, nor any haircuts. The Serious Illness Care provides services like hair cutting, cleaning the body, and placing cotton in the nose as well as other parts of the body to stop bodily fluids from coming out, and the filthy fluids never intimidated them. After these, they dressed the deceased in funeral clothes,  transported the body to the funeral home along with the relatives and finished several formalities. These all above might take place at midnight or even dawn. On the same day or following day, there would be one staff member staying with the relatives of the deceased, in an attempt to assist the latter to mourn their loved one in a civilized way (e.g. decorating the funeral hall with flowers) and help them get through their grief with comfort.

Giving thanks to the Serious Illness Care, families who endure the loss of loved ones or other hardships could experience the grace and love from the Lord. And the caring team who with love call on and serve the people in need, also has comforted the grieved souls and won their hearts to become willing to know the church and receive the grace of the Lord.

Staff members of the Serious Illness Care also buy wild ganoderma all year round and make wild ganoderma water for brothers and sisters. Some are motivated by their acts out of love. One sister heard that medications for the late-stage diseases are of great side effects that cause vomiting and loss of appetite. She voluntarily bought painkillers with fewer side effects for the patients. The Serious Illness Care also has touched many other brothers and sisters who are willing to give love offerings in various ways to the people in need.

As pastors, when we know people who are late-stage patients, we would contact the Serious Illness Care, see the patients along with the staff members, baptize and pray for the patients hand in hand. We heard they praised the Lord in beautiful melodies, and we attended the memorial services to send off the brothers and sisters. Influenced by the serving of the caring team, I once personally did mortuary makeup for the senior pastor Rev. Huang Qingzhi, who died at the age of 98 and returned to the Heavenly home with the honor bestowed by the Lord.

Bible says that angels are ministering spirits sent to serve those who will inherit salvation. Those of the Serious Illness Care are like angles, bringing warmth, care, inspiration, faith and hope of eternal life to ones who experience the late stages of diseases as well as their families. May the Lord remember their toils and bestow blessings upon them to strengthen their feet. May the Lord flourish the number of people who are willing to serve for the sake of Him.