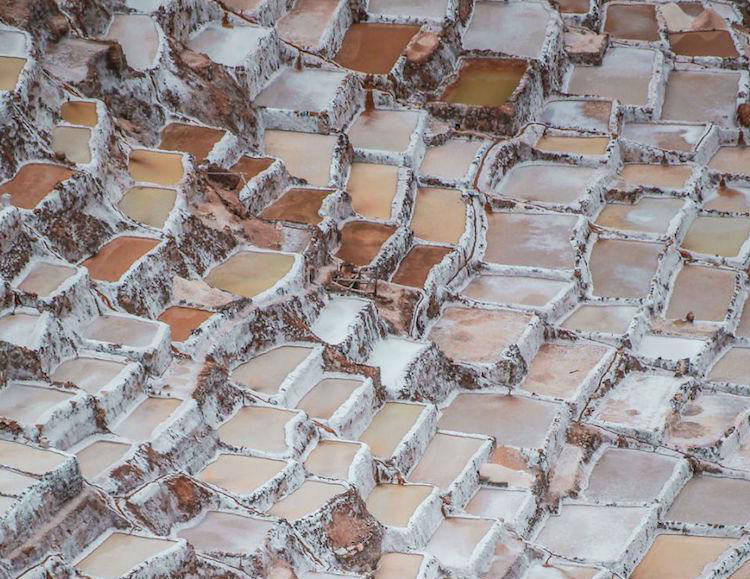 Salt acts as an essential role of flavoring in people’s daily life, and it is also one of the chemical elements indispensable to the human body. People may associate salt with pureness. Ancient Romans reckoned that salt was the purest as it came from the purest sunshine and seawater. In the ancient world, salt was used as a major substance for food preservation. Though chemicals and methods of food preservation are available today, nothing has ever shaken the status of salt as the most natural food preservative. Obviously, the prominent property of salt is to add flavor to our daily life.

Jesus’ disciples are the salt of the earth, who are supposed to be pure and keep their words, behavior, thoughts and mind stainless as much as they could. They are the salt of the earth, which shall pose a positive influence and have the strength of preventing the corrosion of lives. When walking in the crowds, they are the preservative of pureness. Because of their presence, the tendency of spiritual decay could hardly be possible. Even if it occurred, there’s a way of eradicating it. As what is salt to food, Jesus’ disciples shall be like the being of what makes the people around them incline to be good-hearted.

If faith loses its inner core and becomes rather superficial, then it resembles the salt losing its savor. Jesus said: “If the salt loses its saltiness, how can it be made salty again? It is no longer good for anything, except to be thrown out and trampled underfoot.” (Matt. 5:13, RCUV) It is a warning for us.

Technically speaking, according to D. A. Carson, the author who gave commentaries on the Book of Matthew, salt can’t lose its saltiness since sodium chloride is a stable compound. But in the ancient world, most of the salt was from salt mashes rather than evaporated salt water, which contained much more impurities. The real salt is more liable to dissolve than those impurities and can even melt down, with only diluted and useless residue left.

For Jesus’ disciples, here is a rather strict warning. The life of His disciples shall be pure enough to defense evilness and exert positive influence on others. If they fail, it will be of no difference like the salt losing its saltiness and becoming futile. In their daily life or their walking among the crowds, if they fail to practice the teaching of Jesus and go with the stream unrestrained and recklessly, what is the difference between them and the salt that loses its saltiness? If His disciples obey the commandments from heaven like the salty salt that acts the part of anti corrosion, if they are called to become the moral disinfectant against a world that morality turns to be degraded, ever-worsening or even completely dissipated... Disciples only with well-behaved conducts can be the salt of the earth as Jesus said.

Those with faith shall let people around them see their faith, like putting the lamp on its stand and building a city on the top of a mountain to make it visible to others. Jesus stressed that: “In the same way, let your light shine before others, that they may see your good deeds and glorify your Father in heaven.” (Matt. 5:16, RNUV) He also said that “You are the light of the world.” (Matt. 5:15) Whatever we do can be seen by people and may have some bearing on them. Therefore, we shall be prudent in our daily life, since how we conduct ourselves is pivotal to the results of whether people could benefit or stumble on account of our words and deeds.

“If salt loses its saltiness, how can it be made salty again? It is no longer good for anything, except to be thrown out and trampled underfoot.”

We should definitely bear in mind the warning given by Jesus.

The original article was written by Liu Meichun, retired teacher of Nanjing Union Theological Seminary, and published in Tianfeng (No. 489), September 2020.

Relevant readings
She is Indeed an Angel
Spiritual Manna: With Showers of Blessing Descending
【Poems】Meditations for Holy Week
Ten Attitudes to Confront with the Pandemic
Crisis Intervention after Disastrous Floods
Devotional Companion