Spiritual Words
Crisis Intervention after Disastrous Floods
2021-09-16 Source: this site
A+
A-

Heavy rainfalls struck Henan Province since this July 16. By the middle of 25th, the disaster caused by heavy downpours had affected 11,447,800 people. 63 were killed, and five went missing. Up to 861,900 people of the province had been urgently evacuated. 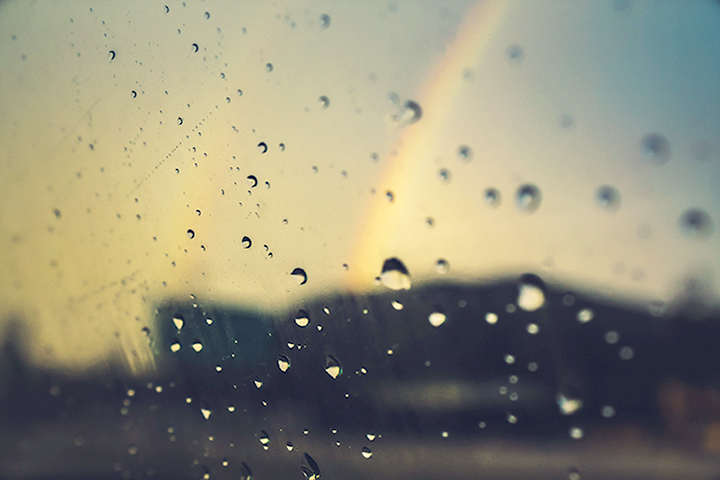 I received a phone call from Rev. Zhang who was in Zhengzhou (the capital city of Henan Province). And she said: “Mrs. Feng, I need your help for treatment. The flood besieged the city of Zhengzhou. So we joined in the work of disaster relief, responsible for delivering food and water to our neighbors. We also went to comfort a church member, whose closed one’s life was taken by the flood. Someone who had great losses or whose car was soaked in the floodwater asked me for prayer. Also plenty of mud found inside the church building must be removed. There are so much work to be done, all of which are urgent. I am on the verge of breakdown!”

When I heard this, I felt touched: “Rev. Zhang, I admire your act out of courage. As a disaster relief volunteer in the front line, you did the frontline work of disaster relief while sending out supplies in the rear line of the battlefield against the disaster. Apart from these, you also need to spare time to take care of the church. No wonder you feel extremely fatigued.”

She looked a little strained but still managed to be logical. “Opposite my balcony is the tunnel gate. When the raging water flooded over the streets, I saw cars submerged by the floodwater and people inside the cars failed to escape. The scene broke my heart. My husband and I then acted quickly to pick up two bamboo poles and went downstairs in a rush, hoping to save some people. No fear came upon me until the moment I waded into the torrential floodwater that then made me realized the real danger of it -- I could barely stand still and I saw cars submerged under the water without being able to do anything to stop it. Before rescuers arrived, we two tried to save those in the water. Survivors all cried their eyes out, and I then found myself having tears mixed with rainwater on my face. In recent days, I could hardly sleep and was haunted by those scenes. Am I sick now? I remember a lecture that you gave mentioning PTSD (post-traumatic stress disorder), of which signs and symptoms I’ve seemingly all met. Mrs. Feng, please tell me how should I treat it.

I tried to comfort her: “People in disastrous crisis are liable to show symptomatic behavior when their ordinary coping skills fail to handle traumatic events, undertake or cope with them mentally. Could you tell me any symptomatic behavior that you have in recent days?

Attentive to Rev. Zhang’s telling of her situation, I then gave her a diagnosis -- panic and insomnia sparked by witnessing traumatic events, with mild terror symptoms containing heart palpitations, polypnea, headache, mild sweats, etc. In the following two times of telephone counseling, I made her feel reassured to describe what she saw at the disaster scene, telling her to accept the realities of what she was able to do and what she was unable to do. I also instructed her to adopt a 15-minute breath practice to decompress before sleep every night.

If waking in the middle of the night, go and find a quiet place to pray. Open the heart and talk to the Lord Jesus. Release the burden to the Lord who deeply loves His people, so as to feel relieved to go to sleep. Yesterday she told me with a joyful tone that she felt recovered and all symptoms were gone.

Following mental and behavioral responses may occur in Sufferers:

· Shun the people, places and things that may recall the memories of traumatic events;

· Hardly concentrate or handle regular work at home and in the workplace;

· Survivor guilt, namely feeling guilty for not being able to fully help others, or begin self-criticism excessively over personal acts in a time of crisis;

· Become self-isolated or aggressive, harm oneself, overlook self-care, get confused or act weirdly.

If found and intervened early enough, the symptoms of PTSD could decrease or vanish within 30 days. If the symptoms get worse or even disturb the daily life, professional treatment then is definitely required.

But the symptoms of PTSD may linger over time without treatment. Chronic post-traumatic stress disorders refers to the symptoms lasting over three months.

Chronic PTSD symptoms may last many years and pose an adverse impact on the patients’ daily life, which makes them become agitated and aggressive, have unreasonable terror, nightmares, more likely to wake up with a start, and get “troublesome” in the eyes of other family members. People usually lose their precious possessions, properties and families in floods and earthquakes. And such big losses then could cause the loss of emotional control: depression, sadness, anxiety, confusion, derealization, insomnia, eating disorders, fidgetiness, screaming, crying, self-injuries, trouble-making, etc.

Pastoral staff could offer psychological counseling to acute or chronic PTSD sufferers. Narrative therapy is a treatment method being widely used today. I drew on personal working experience to write case studies and analyses of post-traumatic interventions since Wenchuan Earthquake and Yushu Earthquake in my book titled “The Notebook for Psychologists”, which could provide a reference for the application of such therapy.

Church members firstly shall assist patients to cope with the most urgent things, like accommodation, necessary food, warm clothes and bedding, etc. Then find a safe place for them to feel at ease talking about the disastrous scenes, their current mental symptoms, and things that bewildered them. They may start with misery when talking about the traumatic story, but telling what they had experienced with a reassuring mind can help reduce and ameliorate the symptoms.

I expect that with the assist of good psychological counseling fellow workers can help the patients with PTSD recover from the emotional trauma, breaking it down into tiny parts which are easy to swallow, distinguish, and release those emotional effects of PTSD.

Fellow workers also need to remember to look after themselves during their participation in disaster relief, for anyone in the disaster-affected region could be emotionally overwhelmed by the crisis. Hence, to be especially careful, it is normal to be low in spirits and at a loss when being a Good Samaritan. One should ensure that having enough food, water and rest, and avoiding energy exhaustion. Fellow workers need to look after one another, support one another, and work with teams, so as to demonstrate the traits of being a Christian who acts as a source of uplifting energy and the blessing of many.

This article is written by Feng Shuxian, visiting professor of Nanjing Union Theological Seminary, and translated by Bei Feng.