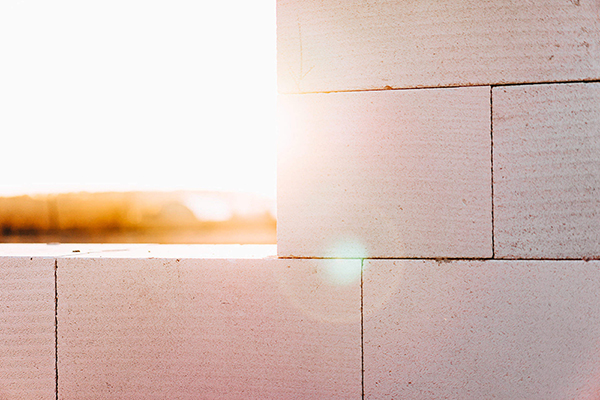 As it is revealed in the Bible, both Judaism in the old testament era and Christianity in the new testament time had to undergo the process of being accepted by the society and surroundings. So let’s see what the church can do today to gain acceptance with the enlightenment from Bible figures and verses.

Value Formed When Helping Others

In Daniel 2:12-13, “This made the king so angry and furious that he ordered the execution of all the wise men of Babylon. So the decree was issued to put the wise men to death, and men were sent to look for Daniel and his friends to put them to death.” The verses show us the dilemma Daniel was facing before he interpreted the dream for the king. Even though Daniel was among those who were ten times better than all the magicians and enchanters in Nebuchadnezzar’s whole kingdom, he was still in an unfavorable situation. Daniel was accepted by Nebuchadnezzar and no longer disadvantaged only after he interpreted the king’s dream, since the king placed Daniel in a high position and made him ruler over the entire province and in charge of all the wise men in Babylon. The sociological perspective reveals the fact that each community or group has its own social functions. To win the acceptance and recognition of others, one shall be equipped with specific functional skills, or at least with the skills required by someone else.

Daniel could be recognized because he helped the king when Nebuchadnezzar was perplexed by his dream and needed someone to solve the puzzle. Ever since then Daniel was no longer treated as an “outsider”, but fit in Babylonian society.

A great challenge arises in the church of the 21st century -- that is how to have a dialogue with the society. The church is a body that centers on Christian faith. And the social functions of the church allow it to have a good conversation with the outer world through spreading the love of Christ to reach every aspect of the society with universal care. This is definitely not merely my personal opinion and we can find this Biblical principle from the verses of John 3:16. Jesus said, “For God so loved the world that he gave his one and only Son, that whoever believes in Him shall not perish but have eternal life.” “The world” refers to all places and all races on earth. No matter who you are, good or evil, you are within the reach of the love of God.

The Chinese nation has a long history with profound culture heritage. This also makes it difficult for the nation to culturally recognize Christianity as it is regarded as an imported religion from a foreign land. Nevertheless, we can find that the five thousand years of civilization make the people living in this land eager to uphold “righteousness”. And a church of righteousness can also engage with the society in a good manner. “Neither do people light a lamp and put it under a bowl. Instead they put it on its stand, and it gives light to everyone in the house.” (Matthew 5:15) It is also the case that the church shall go out to shine upon the people rather than conceal itself.

Daniel, who was exiled to Babylon and lived at the bottom of the society, finally became an influential officer of Babylon, because he went to the king and interpreted the dream when Nebuchadnezzar was desperate to know its meaning. Daniel seized the moment to begin a conversation (between himself, who belongs to God, and the king on the earth). And the prophet showed us what is “to play a key role at a key moment”. If we could learn from it -- making the social functions of the church accommodate the social progress, perfectly and harmoniously, the church is sure to gain a foothold in the society and see growth.

Become a Role Model on the Right Path

In Psalms 119:105, it says that God’s word is the lamp of our feet and a light on our path. Light can guide the direction and help those who lose their way get back on track. Here is a reminder from  Jesus -- the role of Christians in this world is guiding others. In addition to attending congregational activities and worshiping God, Christians also shall become the witness of Christ. We follow Jesus who is the light of the world to shine upon our neighbors.

Let us reminisce about the time and occasions when we interacted with others. What kind of impressions do we make? We need to think before we act -- whether this could honor the name of the Lord? We shall weigh the consequences of our actions -- whether this could let people see God in me and glorify our Father in heaven? As it is written in the book of Romans, “we too may live in a new life.” (Romans 6:4) Only in this way could make our churches become a role model on the right path and endeavor to spread positive energy.

Stand Firm in the Faith

Do we see the growing church membership as a sign that we have achieved our goal? Is that enough? Absolutely not! Other than the increase in the number of congregations, the church also needs to be “strong” -- that means the faith of their members is solid and they can live a strong spiritual life.

We have to be aware that heresies are never far away, and we can’t tell when it will come to harass our churches. Is our faith solid enough to help us discern when we hear it? Peter said in his epistle: “Your enemy the devil prowls around like a roaring lion looking for someone to devour.” (1 Peter 5:8) Our enemy is trying to ruin our faith and mislead us by any means. In the book of Numbers, there were two censuses of males over 20, who were considered as fighting men, in preparation for entering the Promised Land. The counted were those who were strong enough to protect themselves and others as well. How many of us in the church today can be that strong? Not many. But there are quite a few of us who “are still infants living on milk”. In Hebrew 5:13, “Anyone who lives on milk, being still an infant, is not acquainted with the teaching about righteousness.” God permits us to live on milk as spiritual infants, but he does not want to see us stuck in this stage. We should never stop growing and become spiritually mature to stand on our own feet.

Only when building upon the solid foundation of faith can the church grow continually and properly as the testimony of life. Christians with rock solid faith can create an even greater atmosphere in the church with the love of Christ. A church like this can be the manifestation of Christ and impact the society through going out, to shine a light that can’t be hidden.

The original article was written by Hu Yonggua, preacher from Xushe Church, Yixing City, Jiangsu Province, published in Tianfeng (No. 498), June 2021, and translated by Bei Feng.

Relevant readings
Crisis Intervention after Disastrous Floods
Exploration of Adding Spring Festival into Christian Liturgical Year
If Salt Loses Its Savor
‘I Know What It Is to Have Little, and I Know What It Is to Have Plenty’
Be Attentive to the Gentle Whisper
Most popular
1
Zhongnan Theological Seminary Send off Layperson Training Class of 2021
2
Anhui, Jiangxi and Guangdong Welcome New Pastors and Elders
3
Tianjin CC&TSPM Responds to a New Wave of COVID-19 Outbreak
Devotional Companion