The ethical teachings from the Bible illuminate God’s enlightenment, which features the imprint of the times. The values and implication, however, are transcendent and universal for the community ethics of their times. This article aims to investigate the significance of the ethical teachings on respecting women through verse-by-verse analysis. 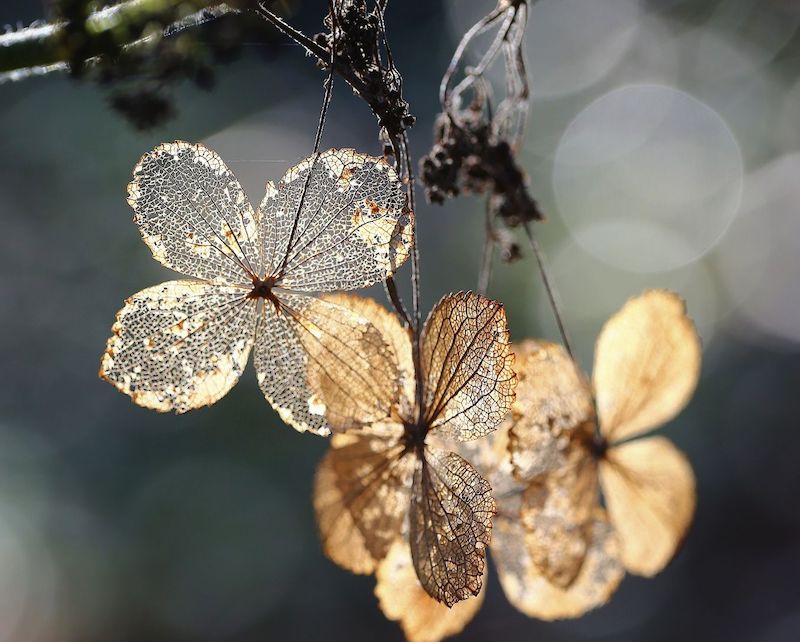 Gender Equality in His Creation

God made Adam from the dust of the earth, and used Adam’s rib to create woman. Someone then takes it as males are created before females and for that reason the latter is affiliated with the former from the gender perspective. But Genesis 1:27 (NIV) says: “So God created mankind in his own image, in the image of God he created them; male and female he created them.” It shows us that both the traits of appearing masculine and feminine are of God’s image.  Neither one of them is superior to the other. Besides, the word “Adam” that originated from Hebrew “adham” is a generic term for mankind, not specifically for males. Only after God took a rib out of “adham”, here came the gender -- from an ‘ish (man)’, who was called “adham”, to take the rib and make it into an “ishshah (woman)”. 1 That is to say that the concept of gender is relative. In His creation, gender differences do exist, but both are equal without preference.

But the equality does not mean to completely eradicate the discrepancy between the male and female, nor to force females to be assimilated to the social value system dominated by males.2 That “males” are seen as the standard for evaluation,3 and that females become alienated and have inadequate recognition of their gender identity are the outcomes of arbitrary distortion of “gender equality”, which may even cause “masculine women” and “asexuality”.

The core of gender equality means that males and females shall be entitled with equal rights and responsibilities both in their social lives that belong to the public domain as well as their private and family lives. In the beginning of God’s creation, He asked the man and woman to keep and tend the Garden of Eden, let them govern the earth and all living creatures on it, and He bestowed vegetables and fruits of all sorts upon them. That is to say: equal rights and responsibilities have been bestowed on males and females. Meanwhile, both of them, with no exceptions, shall receive punishment due to their crimes. Of course, that is anything but absolute equalitarianism -- God punished women with pain in childbirth, and men with hard toil -- in His creation God manifested gender equality.

Protecting Women’s Rights in the Law of the Lord

God’s law specifically reflects the cultural values and moral ethics of the ancient Israel nation, and it helps preserve social order in an effective way. There are many rules to safeguard the rights of women. For example, “Do not degrade your daughter by making her a prostitute” (Lev. 19:29); “No Israelite man or woman is to become a shrine prostitute” (Deut. 23:17). God has made it clear that prostitution is prohibited in the law that He gave the Israelites, which not only asks them to pursue a life of holiness, but also to preserve women’s right to bodily integrity.

Also, Bible verses from Numbers chapter 27 talk about the right of Zelophehad’s daughters to inherit property. According to the traditional routine, daughters were excluded as heirs of their father’s property. A father would prepare a dowry when his daughter got married, but his land and other property could only be inherited by the sons. If the man had no sons, then the property of the deceased would be given to their closest male relatives. So in this case, the land of Zelophehad would have a new owner and its name would be forgotten as well. Considering this, there was a new law for the Israelites that recognized daughters’ right to inherit the land.4 The Israelites attached great importance to the land and see it as a God-given gift, which represents the covenant relationship between God and everyone in the Israelite households.5 Therefore it was not merely the women’s inheritance right, but about their religious status.

Although the law in the Old Testament fails to protect the right of women thoroughly and completely, it still demonstrates transcendental spirit during that era.

There are many prominent female characters in the Bible, such as the prophetess Miriam. She was the daughter of Amram and Jochebed, and older sister of Aaron and Moses. When she was quite young, little Miriam was brave and clever to help save her younger brother’s life, allowing their Jewish mother to nurture her own son during the reign of the cruel Pharaoh who ordered to kill all Jewish baby boys. Not only so, the Scripture described Miriam as a talented woman -- the first female musician mentioned in the Book, and as a Hebrew heroine who led the Israelites out of Egypt together with her two younger brothers Aaron and Moses. Although she was not flawless and once received punishment from God, her name was mentioned along with Moses and Aaron in Micah 6:4, “I brought you up out of Egypt and redeemed you from the land of slavery. I sent Moses to lead you, also Aaron and Miriam.” The story of Miriam tells us that women are important in God’s plan of salvation.

Another similar example is Deborah, the fourth Judge of Israel and the first Judge with a detailed description in the Bible, who led the Israelites to defeat the Canaanite army commanded by Sisera. Deborah was one of the most faithful judges. She was a prophetess and a mother of Israel. Many went up to her to have their disputes decided under the Palm of Deborah; she told Barak how to fight the war, and also wrote the Song of Deborah. (Judge 4, 5) In contrast, other judges like Gideon, Jephthah and Samson were acting poorly.6

Huldah was another influential prophetess. Instead of seeking advice from Jeremiah or Zephaniah, the priests of Josiah went up to Huldah. She spoke for God and made great influence on Josiah’s religious reform. This reflects that religious affairs and congregational activities then were open to women, and they could even seek to play a certain role in such a field.7

The female figures in the Bible demonstrate the recognition and respect for women in their social status and roles to play in the religious context.

The New Covenant continues and transcends the ethical teachings revealed in the Old Covenant. Some scholars believe that the Jewish teachers in the first century saw women as the culprit to blame for males being sexually aroused. Thus, a solemn man was supposed to reduce the exposure to women as much as possible to overcome his own sexuality. As a result, there emerged a social system to give women confined personal freedom in public space. The solution was to shun women, seclude themselves from their female counterparts and to ask women to cover their body from head to feet.8 Mostly women were the ones who got punished rather than their male counterparts if they were in an illicit sexual relationship. A typical example of this is the woman caught in adultery, which fully exposes a double standard between males and females. In the Sermon on the Mount, however, Jesus put males to blame for the lust and adultery.9 From the scholarly perspective, some believe that Jesus asked his disciples to beware of themselves rather than women.10 His revolutionary teaching challenged the religious authority at that age. He pinpointed the vicious cycle of lust and men should take responsibility of their own.

Jesus also values the holiness in marriage. Men shall not divorce their wives randomly. He intended to break out of the chain of the old mindset that women were never the alluring but dangerous, disposable tool for sex.11

During His time on earth, Jesus healed the woman with no hesitation, and He did not reject the woman who touched Him. The woman suffered from chronic bleeding received His blessing; the ill-famed woman who anointed Jesus’ feet was accepted by Jesus; a poor Samaritan woman rejoiced as she talked with Jesus from whom she obtained salvation. Besides, the first person who witnessed the resurrection of Jesus was a woman. These all add to the evidence that Jesus respected women and protected both their body and soul, enabling them to enjoy their new role and freedom in the kingdom of God.

Caring for Women in the Early Church

The early church is a period of time to practice and interpret the teachings of Jesus. Women living in the early church had a vital role to play. For example, since the Greek-speaking widows were neglected in the daily distribution of food, the disciples chose seven qualified and trustworthy people as the deacons in responsible charge of the task. The early church did not oppress nor overlook the voice of widows; instead, responsive measures were taken to help perfect church governance because of their claim.

The Scripture not only includes the stories of female believers, it also shows us many women who served in the church, like Priscilla, who together with her husband explained to Apollo the way of God more adequately. (Acts 18:26) Paul also referred to names of women in the his epistles and extended greetings to them, two of whom, Euodia and Syntyche, had “contended at his side in the cause of gospel.” (Philippians 4:2-3) Also, Paul conveyed the notion that breaks down the wall between person to person and promotes human unity: “For all of you who were baptized into Christ have clothed yourselves with Christ. There is neither Jew nor Gentile, neither slave nor free, nor is there male and female, for you are all one in Christ Jesus.” (Galatians 3:27-28) These indicate the early church cared for females in their lives and when they served in the course of development.

Overall, from the perspective of dynamic development, we can see the transcendence of the Bible’s ethical teachings about respecting women, when it comes to being horizontally compared with the community custom at that time. But vertically the principle and theological connotation behind are of universal significance, which can guide us today as a good example.

The original article is written by Liu Yingjie from Shishan Church in Suzhou, published in Tianfeng (2021, Vol. 5) and translated by Bei Feng.