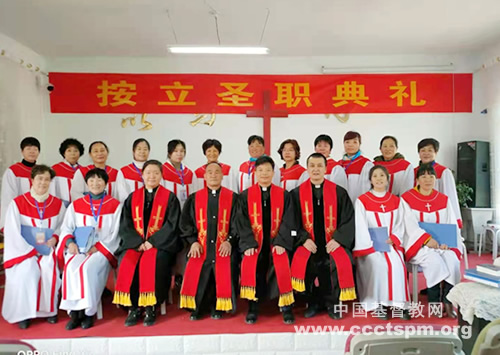 Three pastors jointly ordained Brother Wei Tingxing as pastor and put the stole on him. They also bestowed a Bible upon the newly-ordained pastor on behalf of Urumqi CC with the blessings that he would be the vessel used by God and the steward of His grace in its various forms. 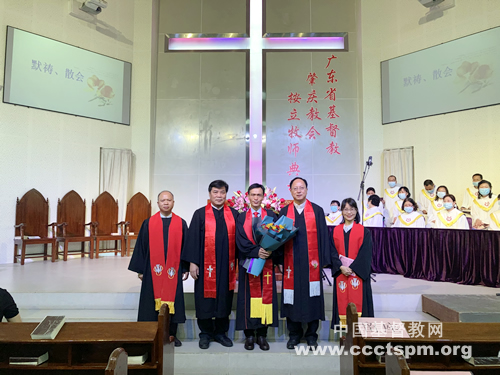