Policies
Study and Implement the Spirit of the 19 National Congress and Actively Promote the Church Work in the Province
2017-10-16 Source: this site Source: XinhuaNet
A+
A- 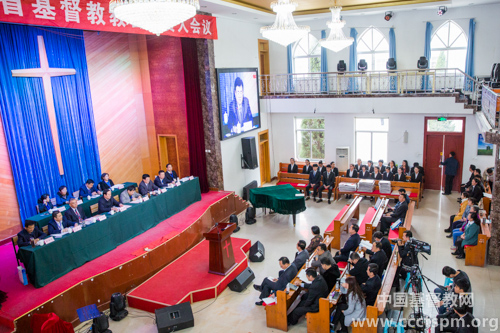 First of all, vice chairman (vice chairman) Ren Minmin pastor led everyone to learn the spirit of the 19 meeting of the party. In his studies, Rev. He emphasized that the General Secretary Xi referred to religious and religious work four times in the report to the 19th Congress, indicating that the party and the government attach great importance to the religious circles and religious work, raised their religious awareness to a new height, and also reflected The determination of the party and the government to protect lawfulness, stop illegal activities, suppress extremism, resist heresies and fight crime in religious work. The spirit of the 19 th National Congress convenes profoundly the determination and confidence of the vast majority of pastoral workers who insist on patriotism, adhere to the principle of independence and self-determination, and uphold the direction of the Christianization of China.At the meeting, Pastor Xia Lingjun, vice president, reported the progress of the work of the Qilu Center. 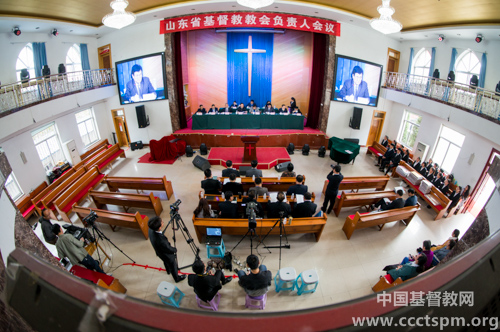 Next, Rev. Wu Jianyin, Vice Chairman (Vice President), presided over the awarding ceremony for the evaluation of the first priority activity of the church organizations and individuals in the cities, counties, and cities across the province. In order to express their gratitude and encouragement to the churches in all counties and districts, after many lectures and conferences, the provincial Christianity and China's two congresses carried out the first priority activity of the evaluation of the churches throughout the province, Outstanding achievements and contributions of outstanding organizations and individuals. Rev. Wu introduced the progress of the evaluation and evaluation of the first priority trees and the presentation of the list of winners of advanced organizations by Ren Encheng. Zhang Hongwei and his colleagues read the list of advanced individual winners. In the impassioned music, representatives of award-winning organizations and winners came to accept the awards one by one, and from time to time we burst out bursts of applause from time to time, expressing the recognition and encouragement of the award-winning organizations and winners.

Rev. Ming Ming summarized the work of the church in the province in recent years. Emphasizing that with the support and care of the party and the government, the church work in the province has made great strides under the active efforts of pastoral workers and staff members of the Provincial Christian Council and the entire province's pastoral workforce. It calls for everyone to thoroughly implement the ten The spirit of the 9th National Congress.

Rev. Gao responded to the speech made by Deputy Director Yue and called on the two bodies of the Christian Council and all the church leaders at all levels to profoundly study the spirit of the 19 th National Congress and at the same time understand the spirit of the speech of the Deputy Director of Yue and earnestly do theological studies and the church work vigorously to promote the concept and practice of the Christianization of China, strive to enhance their spiritual accomplishment and quality, carry forward the fraternity of Christianity, do their best to do a good job in the church, serve the community, together with the people of the whole country, in order to achieve the great rejuvenation of the Chinese nation, and work hard on the Chinese dream .