“Lying flat”, or tang ping, is a recent buzzword that went viral online, and its excessive heat resembles that of a hot dog day afternoon. People have different perceptions of this hot word -- with criticism, advocacy, mockery and even support. 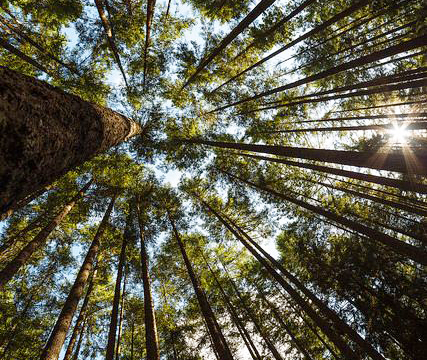 Born from “Sang” culture (a subculture that features feelings of defeatism shared by many Chinese urban youths), lying flat refers to one’s feeling of chasing the goal hopelessly as it is beyond reach, but then with lower desire, compromise with the reality, no resistance, and only submission, one reaches inner peace. Literature lovers may interpret lying down as a way of looking up to the sky; for success seekers, those who advocate lying down are losers; biologically speaking, they may just hibernate; TCM (traditional Chinese medicine) experts may explain that those people are in the need of massage and skin scrapping; in finance, they may simply poor people...

Examples of lying down can be found at all times and in different countries. In the West, the ancient Greek philosopher Herakleitos stayed in a cave to think of the essence of matter; Diogenes, the representative of Cynicism, lived in a big wooden barrel on the street since he had no property, and called on people to return to a natural and austere way of life. He even told Alexander the Great: “Step out of my sunlight.” In the East, Laozi, the founder of Taoism, called for “non action”; Zhuangzi, the founder of “Zhuangxue” and another representative of Taoism, said that “Heaven, Earth, and I were produced together, and all things and I are one.”(Translated by James Legge, “Qiwulun”)

Philosopher Confucius commented on his student Yan Hui: “A simple bowl of food and a dipperful of  drink, living on a shabby lane -- others could not bear the cares, yet Hui is unchanging in his joy. How worthy is Hui!” (Translated by Robert Eno, “The Analects of Confucious”)

Tao Yuanming (a Chinese poet in the Six-Dynasties periods), whose great aspiration could be revealed in his lines of poem Miscellaneous Poems·The Fifth: “Ambitious soul goes beyond seas and oceans, like a flying bird way up in the sky”, yet, chose to lead a pastoral life. “Poetry Fairy” Li Bai (a Chinese poet of the Tang Dynasty) travelled around for half of his life and was never fed up with the nature, living with an otherworldly outlook. Su Shi (a Chinese poet of the Song Dynasty) sighed, “When can I retreat to be an idler? That string music, a bottle of liquor, a stream of clouds are all I need.” Liu Zongyuan, a poet who lived during the Tang Dynasty, composed a poem titled Jiangxue which depicted himself as an old fisherman, only to release his inner solitude and bitterness...

We can see that those who lie flat have that “lung power” and know the boundaries of doing so. When the “involution” comes, the high pressure forces some to lie down. But do we know that “lung power” is required before lying flat? At least we need food to eat and clothes to keep warm. If one takes it as a disguise of laziness, that will be very shameful. Lying flat is not equal to wallowing in degeneration and despair. Instead, it means to abandon the vicious competition -- involution, and choose to live with lower and reasonable desires. It is fair to say that lying flat is what most people are opt to do as a way of pouring out their emotions with self-mockery.

From my perspective, the essence of lying flat is not to “lie”, nor lying down like one without dreams (or xianyu in Chinese). The point is the “flat”, to have the right to lie down for a while in a peaceful and pleasurable state of mind like someone with no dreams. The real lying down is not to exclude oneself from the bustle and hustle of the city life, but to build a fence and grow chrysanthemums in our hearts like what Tao Yuanming did when living in seclusion. As Yang Jiang (a female Chinese writer) said, “The most tantalizing scenery one can see is the calmness and easiness.”

Lying flat also reminds me of a piece of verse in Isaiah 30:15: “This is what the Sovereign Lord, the Holy One of Israel, says: ‘In repentance and rest is your salvation, in quietness and trust is your strength.’” What a beautiful message it is! Such a timely call is an invaluable reminder to those who busy themselves today. Only armed with inner peace can help one overcome hardships, as it is a source of silent but powerful strength. Like the Creator who created with no words, everything on earth grows with its own goodness, orderly and silently. For our Christians, lying flat could be entering our rooms to pray, doing spiritual practices, and praising our God loudly. When we are busying ourselves in serving, we also need to know when to speak to our Lord in our rooms and gain comfort, faith, warmth, encouragement and strength from Him.

We lie down peacefully with satisfaction instead, since we rest peacefully in the arm of our God, weaning ourselves off any secular desires. We wait for Him in peace and feel satisfied for living in His presence.

Lying down is a sort of art, but standing up is for the living -- like doing squats so as to jump higher. We can lie flat, but we also need to have the heart to stand up. When lying flat in silence, the gentle whisper of the Lord will calm our anxious mind and renew our life like withered flowers drinking rain and dew. After a short break, we shall get up from the state of lying down. Having the vigor of life from our Lord and living in a well-off and stable life, we shall find our direction in this era and devote ourselves so as to be in the Lord and used by Him to shine as brightly as the summer blooming flowers.

This article is written by Shi Yaping, staff member of Zhengzhou CC&TSPM, and translated by Bei Feng.


Relevant readings
How to Provide Pastoral Care to Depressed Believers?
She is Indeed an Angel
The Church -- The Light That Can Not Be Hidden
Know the Psychological Crisis
Be Attentive to the Gentle Whisper
Most popular
1
Updated: Seminaries Hold the 2022 Commencement
2
Groundbreaking Ceremony Conducted for Hecheng Church in Gaoming District, Foshan
3
Shanxi and Shandong CC&TSPMs Conduct Ordination Ceremonies
Devotional Companion