The conference was hosed by Xiu Yanbin, Director of the Foreign Affair Division, Shanghai Municipal ERAA. 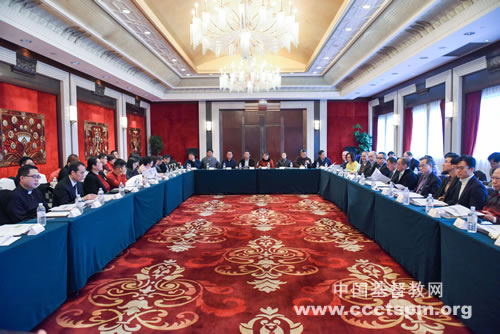 Du Yuping first extended best wishes for the New Year to all attendees.

He then stressed the significance of creating a harmonious, inclusive and liberal environment so as to ensure better management and operation of foreign language service in Protestant church.

Work hard and improve the ability of dealing with foreign religious affairs, build up a team with high level skills in policy-making, regulation and intercultural communication.

During the conference, the new leadership members of Shanghai CC&TSPM met with church staff responsible for the foreign language service, who reported the activities and management work carried out in 2018. Shanghai CC&TSPM leaders with leaders from local Ethnic and Religious Affairs Offices, relevant churches and church-affiliated fellowships. A publicity film named Christianity in Shanghai was also released and presented at the Conference. 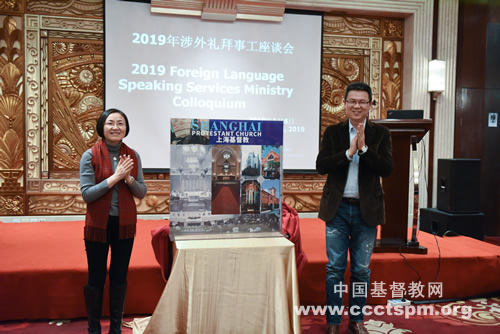 Rev. Xu Yulan, Chairman of Shanghai TSPM pointed out in her speech that over the past two decades, the foreign language service in Shanghai has extended from single language to multi languages, from merely religous gatherings to public activities intergrated with local communities, forming a beautiful sceneary in the church in Shanghai. In the future, Shanghai CC&TSPM will continue to improve the management and operation of foreign language service, evaluate and examine the service, cultivate professionals for foreign affairs, actively guide the integration of foreign language service and local community and encourage participants to engage in public and charitable affairs.

Nearly 8000 foreigners attend the non-denominational union worship service every week. These services have effectively meet the religous needs of expatriate Christians living in Shanghai and have a positive role to play in driving the development of the city and making it more international.