CCC & TSPM News
Excerpts from the Papers for CUV Centennial Commemorations and Symposium on Indigenization and Contextualization of Christianity in China
2019-03-12 Source: this site 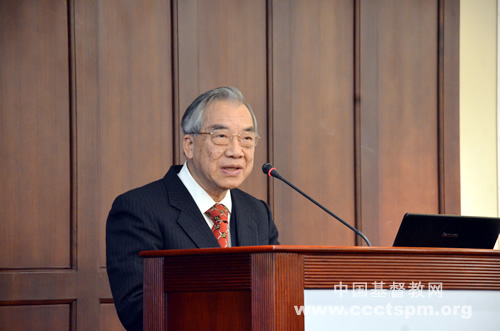 To understand the spirit of Filial Piety in Faith

Titled “The Investigation of Five Passages on Filial Piety in the Bible from the perspective of Biblical Hermeneutics”, the essay discusses that both Biblical verses and traditional Chinese culture place a high value on the spirits of filial piety, while the history, culture and the background of such spirits vary……learning the spirits of filial piety in faith is far more important than imitating the behavior of filial piety. Sometimes there is a higher demand in pursuing the spirits of filial piety in faith than secular human relationships and ethical standards. Christian beliefs stress that the relationships between man and God is over human relationships. In the Bible, Apostle Paul taught us: “not of letter but of spirit; for the letter kills but the Spirit gives life.” (2 Corinthians 3:6) One of the principles of Biblical Hermeneutics is more than to apprehend the verses in the Bible but to understand the ethnic and spiritual meaning behind the verses as well as the instructional significance for Christians’ spiritual growth.

Conflicts in Biblical Studies: Jesus and the Jews 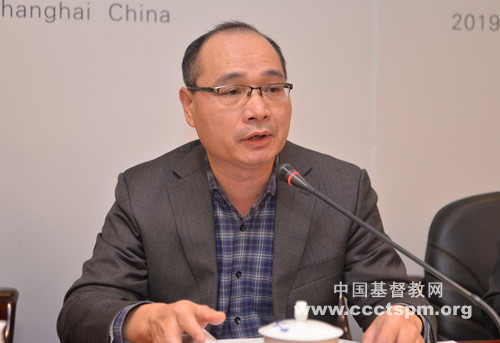 Titled “Conflicts in Biblical Studies: Jesus and the Jews”, the essay tells that given that the significance of Biblical texts is correlated with man’s fulfillment, the moral conduct of the people who explain Biblical texts matters. Jesus and his opponents were using the same Bible, while their differences in moral conduct determine the disparate understandings of the verses. Jesus was by no means against the Bible. He was nothing but hoping to eventually and genuinely fulfill the laws and prophets. Conflicts happened when the way that Jesus explained the laws and prophets severely contradicted other Biblical studies according to the Book of the Gospels, which should be responsible for Jesus’s suffering. Jesus gradually revealed his identity in explaining the teaching of the Bible, and demonstrated what it should be like being as a real Jew in His words and deed.

Keep revising as it is indispensible to Bible Translation 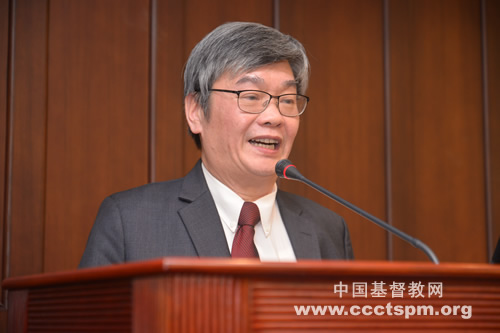 With the title “Assessment of the Revised Chinese Union Version Bible: Take the verses in Psalm 1 as an example”, the author refers to his personal experience of being invited to participate in the revising of the CUV from 2001-2011. By analyzing and evaluating the revision in verses, punctuation marks and footnotes from Psalm 1, the author intends to raise the awareness of believers and churches of the difficulties and challenges in doing the revision work and stresses the indispensible role of revising Bible translation. He believes that the revision work is necessary and should proceed due to the changes in words and language, and the advancement in Biblical studies and hermeneutics. Meanwhile, considering the modern advancement of translatology, the author believes that we should not only focus on choosing the right words in translation, but also take account of their relevance. This requires us to make more efforts in revising and continuing the work of translating the Bible. 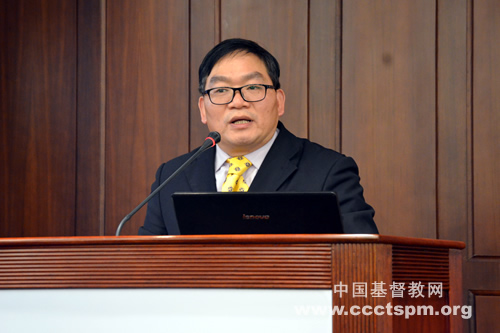 Titled “Thinking and Exploring the Contextualization and Indigenization of Christianity in China——Inspired by the CUV centennial”, the essay refers to CUV as a magnificent practice to develop Christianity in the Chinese context. The translation featuring faithfulness, expressiveness and elegance has exerted a profound influence not only on the society and church in China, but also on the overseas Chinese churches. CUV lays a foundation of Biblical text and values for the church in China to successfully achieve the joint service and unity of different denominations in accord with the spirit of Chinese harmonious culture, to construct Biblical theology, Biblical Hermeneutics and homiletics with Chinese characteristics. The author also points out that the church in China can write church lectionary, hymns with Chinese characteristics and translate the Bible into the languages of ethnic minorities. Promoting a long-lasting harmonious relationship between Christianity and Chinese culture and building the church in China favored by the Chinese people are the best ways of commemorating the CUV centennial. It can also be regarded as efforts made by the church in China contributing to the ecumenical church. 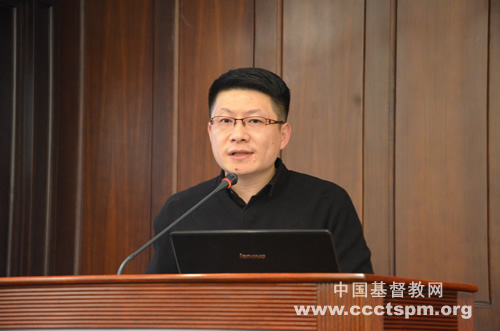 Titled “Safeguarding the status of CUV in the course of contextualization and indigenization of Christianity in the Chinese context”, the author believes that as a grass-root pastor, it corresponds to the spirit of harmony to attend the symposium with the inner voices of grass-root brothers and sisters. With respect to revising the Bible translation, the author reckons that it is advisable to take advantage of the favorable status of CUV and carry on its influences as a steady carrier and basis to revise, and let it keep playing its role in developing Christianity in the Chinese context on the premise of ensuring the healthy and steady development of the church. From his perspective, the aims of cultivating talents should convert to train professional personnel in church, put investment in cultivating talents who can study and translate the Bible; establish special institutes like the Bible Society; provide special funds for the ministries of long-term study and Bible translation. The author is particularly looking forward to more Chinese church scholars and pastors who can give Biblical commentaries and there will be more devotional books written by Chinese Christian writers in the future.