On the morning of August 9, 2020, Shandong CC&TSPM held an ordination ceremony for 13 coworkers in the Center Church of Linyi CC&TSPM. 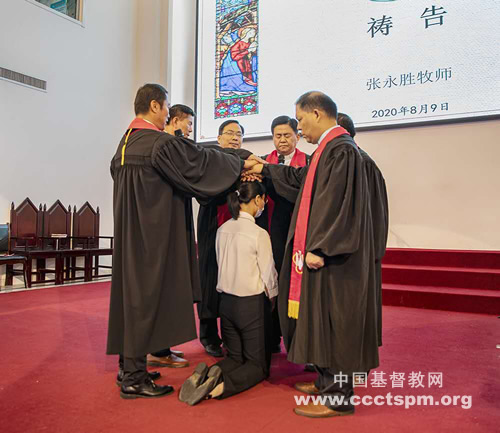 Rev. Zhang Jianshun, vice president of Shandong CC and director of Linyi TSPM, presided over the ordination. Deputy Director Rev. Wang Yuanping prayed for the congregation. Shandong CC General Secretary Rev. Wang Mengkun gave a sermon entitled “Being the Genuine Disciple of Jesus Christ”, invoking the verses of the Gospel of John. He encouraged the coworkers and the congregation to earnestly follow the Biblical teaching, love one another, serve diligently and bear abundant fruit. 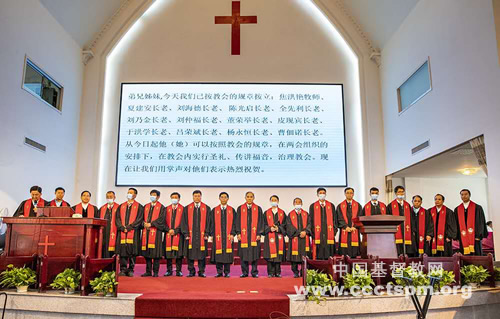 The ordination ended with the benediction given by the newly-ordained pastor Rev. Jiao Hongyan.