At the ceremony, Rev. Geng Weizhong, president of Shanghai CC, questioned the ordinands for reaffirmation of their ordination vows, and then performed the laying on of hands for each of them. 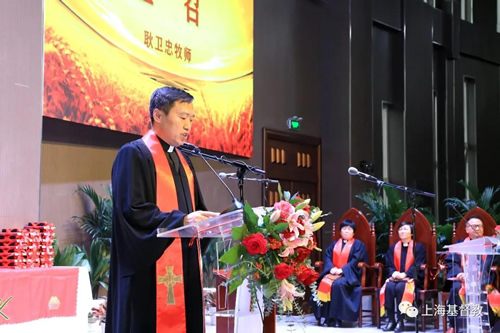 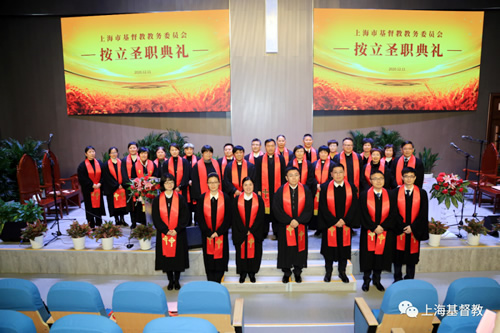 After the ceremony, a symposium was held to welcome all newly-ordained clergies. The participants also included leaders of CC&TSPMs from various districts in Shanghai as well as clergies of the churches where these newly-ordained pastors and elders serve.