Hanzhou, used to be called "Nan Zhou" during the period of Western Zhou (1045-771 BC), is one of the birthplaces of Songs, the first and oldest existing collection of Chinese poetry. The city is rich in cultural and historical heritage. 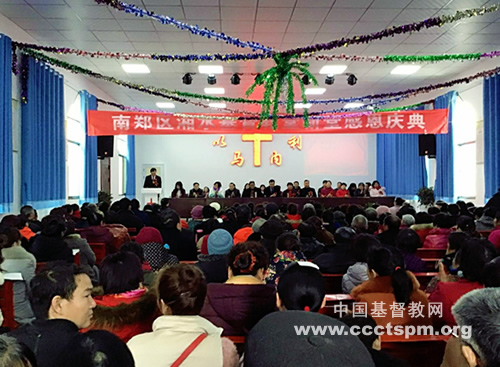 Xiangshui Church in Hanzhong was built in the year of 1984 and it now covers an area of 478 square metres.

On 13th, there were over 600 people who came to witness the consecration ceremony, including leaders from local authorities, staff members from Shaanxi provincial CC&TSPM, Hanzhong municipal CC&TSPM and Nanzheng CC&TSPM, leaders from churches and church-affiliated fellowships in Hanzhou and believers.

May Xiangshui Church become a church of life renewal to honor God and benefit people, love country and church, and give blessings to the society.