CCC & TSPM News
Excerpts from the Papers for CUV Centennial Commemorations and Symposium on Indigenization and Contextualization of Christianity in China
2019-02-26 Source: this site

Editors’ note: To commemorate the 100th anniversary of Chinese Union Version (CUV), China Christian Council and National Committee of Three-self Patriotic Movement of the Protestant Church in (CCC&TSPM) together with the United Bible Societies (UBS) jointly held the Symposium on the Indigenization and Contextualization of Christianity in. There were 17 representatives from the academic and religious circle as well as the UBS, who published papers and explored CUV’s influence on preaching the gospel, uniting the church, caring for believers and developing Christianity in the Chinese context in the past century. They respectively delved into the influence from the perspectives of Bible translation, exegesis, revision, history and reality, theology and culture and so forth. They also noticed the limitations of CUV that the translation might be less applicable to this era, and urged the church in to make efforts in cultivating Bible scholars and translators so that the Holy Bible written in the ancient time could still enlighten people in this era. Here are excerpts from the papers at the symposium.

Let “the Word” Become “Flesh” in the Chinese Context 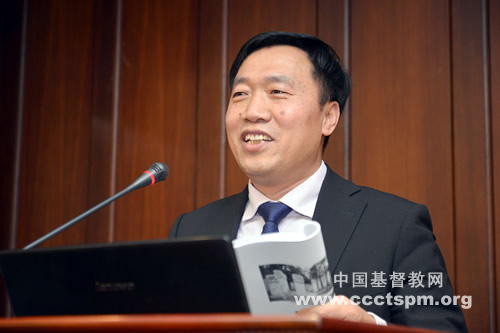 The paper titled “The Word Became Flesh among Us——Translating, Interpreting and Preaching the Bible”, discusses how the Holy Bible can be recognized and accepted by the public as “the Holy classic” in the Chinese context. For Christians, it is a religious classic. For non-Christians, it is at least a sacred literary, philosophical and moral classic, which enables the “Word” of God to become “flesh” in the Chinese context, while letting the “Word” bring people abundant grace and truth in the process of being better understood and widely acknowledged. Translating, interpreting, preaching the Bible can make Christianity in China pursue the faith within and shape the image of a “servant” without, thus Christianity in China can review, position, adjust and integrate itself into the transforming society in modern China. In seizing the opportunity of breakthrough, the “‘Indigenization and Contextualization of Christianity in ’ can proceed to make new progress". 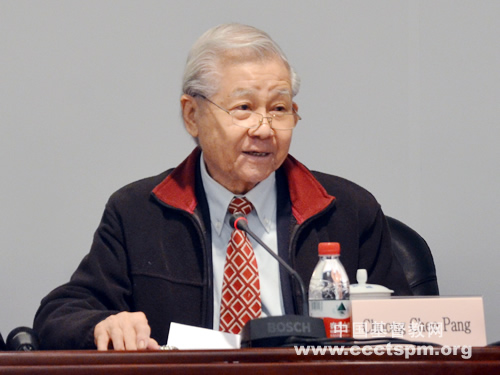 Prof. Choong’s paper, titled “The Chinese Union Bible 100 Years on: Re-considering the Problem of the Translation of Long（龙）,mainly centers on Chinese Bible translation, and has special reference to the problematic translation of the Greek word drakōn into the Chinese龙. From linguistic and cultural perspectives, translating the Greek “drakōn” ( English “dragon”) into the Chinese龙could be deemed as inappropriate and offensive. In his paper, Zhong first made comparisons between different translation versions of Psalms and analyzed the meaning of the Greek word “drakōn”. Then, he referred to the Nestorian Tablet and the Bible of the Taiping Heavenly Kingdom where the translation of long（龙）was mentioned, and further explained the reasons why the translation of龙in the Chinese Bible, especially in the Book of Revelation, is seen as problematic.

Do not Take CUV as the Only “Authentic” Version 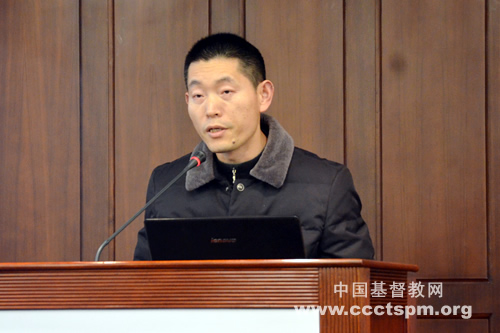 The paper “Contributions and Limitations of Chinese Union Version” first mentions the huge contributions of CUV in the past hundred years to the society and the church in China, which not only facilitated gospel preaching, nourished the church in China and became an importance language template for church members, but also drove the New Culture Movement and helped arouse public interest in reading. However, the limitations of CUV do exist as well, since it was translated from the English Revised Version published in 1885, rather than the original texts. Hence, errors in translation like mistranslation, incorrect translation and omissions may inevitably happen. In light of this, we should refer to multiple versions that help enrich and deepen our understanding of the Bible rather than consider CUV the only "authentic".

CUV, Most Time-Consuming and Circulated Version 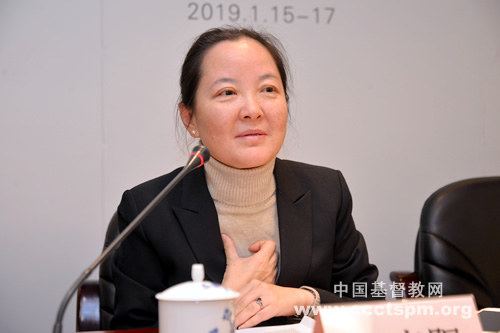 The title of the paper is “A Text Research on the History of CUV and its Significance”. The paper introduces the background, process and influence of three versions of Bible translation, namely Easy Wenli, Wenli and Mandarin Union Version. She mentioned in her paper that the Chinese translation of the Protestant Bible lasted for eight decades, and it took 29 years to finally complete the CUV based on various former versions. The CUV is the most time-consuming version. There is no doubt that CUV has made tremendous contributions to the society and the church in in literature, religion and many other aspects. 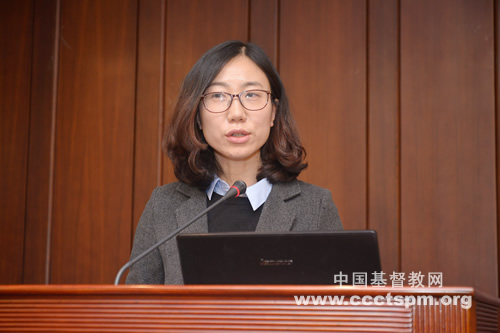 Dr. Wang Zi, Researcher of of Studies, of

The paper titled “Gospel and Culture: the Mission of Apostle Paul” discusses the relationship between gospel and culture. The author cited verses from 1 Corinthians 7:21-24 as an example to illustrate Apostle Paul’s perception: gospel begins in a specific cultural context and also affects the culture itself. Speaking of the force of gospel that can change cultures, it requires people to have an in-depth understanding of their social and cultural circumstances. Only when individuals have better awareness of their identity would it be possible for them to see the life-changing impact from the gospel and thus better know God. These are good lessons for Christians in this era to deal with relationship between gospel and culture.

Explore the Position of CUV so as to Renew Itself 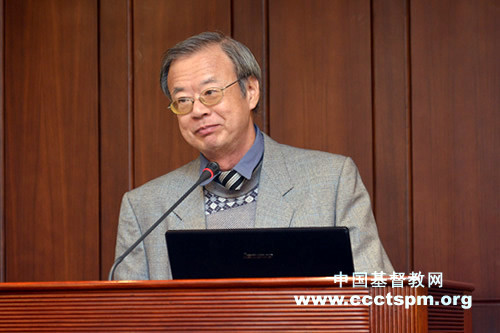 The paper “Brief History and Translation Strategies of Chinese Union Version” explores contributions of CUV to Chinese-speaking churches, the process of how CUV was created and the translation strategies it adopts. It is worth mentioning that Chinese assistants had an important role to play in the course of translating CUV, who spared no efforts with their talent and energy. Ever since the publication of CUV a hundred years ago, it has been widely used in till now. However, Bible translation never ceases, and different versions of translation have come out one after another to satisfy the needs of different readers. When we celebrate the achievements of CUV, we should think about how to position CUV and renew it to meet the demands of readers in the church in .