On the morning of November 3, 2021, CCC&TSPM, China Reglious Culture Communication Association (CRCCA), and Luis Palau Association (LPA) jointly held a virtual symposium, the theme of which was “The State of the Post-Pandemic Church”. It was attended by up to 30 participants, including Rev. Wu Wei, the president of CCC, Rev. Chen Yilu, the vice president of CCC and the executive vice president of Nanjing Union Theological Seminary (NJUTS), Rev. Geng Weizhong, the accociate general secretary of CCC and the chairperson of Shanghai CC,  as well as representatives of CRCCA and American churches.

The symposium was hosted by Ms. Gu Jingqin, interim chief of Overseas Relations Department of CCC&TSPM. LPA’s International Director Mr. Levi Park said in the welcome speech that churches around the world were one in Christ and should work together to deal with challenges and learn from each other via exchanges.

Rev. Wu Wei made a speech titled “The Church in China -- Its Responses and Challenges under the Pandamic”. Rev. Wu mentioned that with effective prevention and control measures, most of the churches in the country had resumed services. He presented pictures of local churches and congregational activities to illustrate the recent basic situation of Chinese churches, and introduced the ongoing work and future planning. 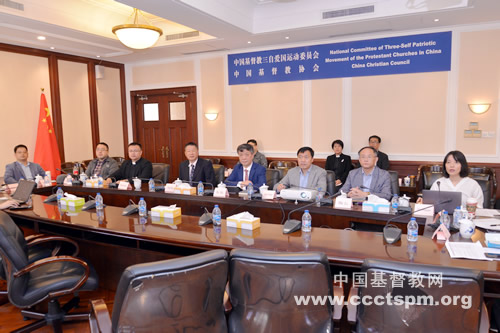 Rev. Wu noted that Christians in China were also citizens of the nation and should take on their social responsibilities. During the pandemic, CCC&TSPM, together with many churches and Christians around China donated 160 million CNY in total in the battle against Covid-19. Since the prevention and control of the epidemic had become routine, the Church in China has been contemplating on the lessons Christians could have from this fight against Covid-19. Chinese Christians learnt to quietly come to the Lord and abtain spiritual power through prayers. At the same time, the Church in China fulfilled its role of protecting church members from being misled by heresies.

With the title “The Church -- Caring for Those Impacted”, LPA’s President Mr. Kevin Palau shared with the participants how the Association had served the society, families and schools. He especially mentioned that some major churches had supported small churches to get through difficult times, and how they had spared no effort to convey the love of Christ to the communty.

Mr. David Kinnaman, the president of Barna Group, analysed the changes of church attendance before and after the ourbreak of Covid-19 based on the investigation he had conducted for many years. He also predicted that churches might consider adopting multiple ways of pastoral care for future needs. Mr. Andrew Palau, the evangelist of LPA, said that even though the pandemic had brought profound impacts on us, we shall never lose heart but be full of hope to spread the gospel in various ways, expand ministries, and serve churches and the community. 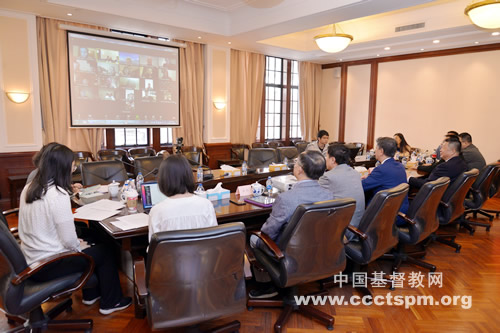 At the symposium, Ms. Maria Fuentes, the director of Faith and Values office of Governor Doug Ducey, Rev. Chen Yilu, executive vice president of NJUTS, and Rev. Zheng Junjie, teacher of Fujian Theological Seminary, respectively shed insights on such topics as “Impact the Pandemic Had on Churches in Arizona”, “The Impact of the Pandemic on the Church From the Perspective of Theological Education”, and “The Church at the Grassroots Level - Its Worship and Ministry under the Pandemic”.

They introduced and discussed ministries carried out during the pandemic, along with other topics on how the church should develop in a healthy and sustainable way, how seminaries continued their courses and programs and how Chinese churches responded to China’s anti-virus policies (e.g. “Two suspensions and One Delay”), etc. They all agreed that the pandemic told people that they should not only look after themselves but care for their neighbours as well. Every person was a member of this community of life and people ought to work together with one another in the fight against the virus and level up the capacity of emergency response.

Representatives of CRCCA then introduced the basic situation of religions in China and anti-virus efforts made by religious communities. All religious communities played their part in the nationwide anti-epidemic battle, and worked with the international community in this fight. The speaker expressed gratitude toward LPA for the care and support it had given to the Church in China, and welcomed them to visit China after the pandemic was over to gain a better understaning of the Church in China.

The syposium ended by the prayer given by Mr. Andrew Palau.