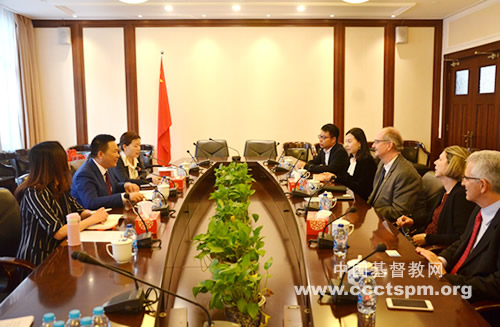 The two sides had exchanges over a few topics on Bible ministries, churches, etc.

Rev. Shan Weixiang extended welcome to the guests. He recalled his visit to the churches in Brazil and Bible Society of Brazil three years ago. He said that he was deeply impressed by local social services as well as the well-designed Bibles.

Rev. Shan then introduced Bible ministries in China and the development of the church in China over the past forty years since the reform and opening up. He mentioned the significance of developing Christianity in the Chinese context. 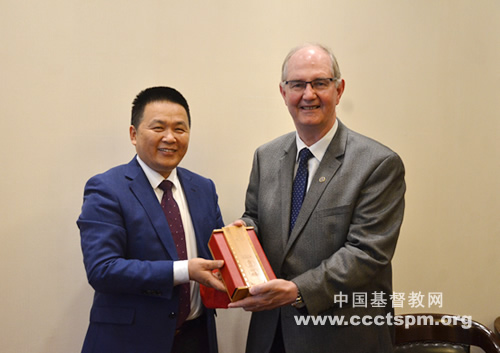 Ms. Chen Hongli, staff member from CCC Media Department introduced versions of Bible, reference books, and devotional books published by CCC&TSPM. She also shared the information about the publication and distribution of Bibles in recent years.

Dr. Erni Walter Seibert thanked CCC&TSPM for the efforts made in Bible ministries. He said that despite the differences between these two countries, both Brazil and China may encounter similar problems and challenges.

Bible Society of Brazil has launched a project named “The cycle of the life of the Bible”, which updates the languages used for Bible translation. He emphasized the importance of translating the Bible into local languages because the Bible has great impact on shaping Christians’ spiritual life, carrying out social services, etc.

Dr. Seibert also appreciated the experience to learn from the church in China and expected more cooperation and interaction between each other. 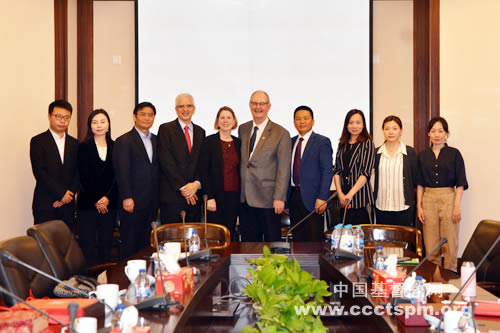 The meeting was concluded in a friendly atmosphere. The two sides then took group photos.