On the afternoon of November, 13, 2019, Rev. Kan Baoping, vice president of National TSPM received Ms. Patti Talbot, director of Global Partnerships in Northeast Asia of the United Church of Canada.

Rev. Kan said that the Hong Kong’s human freedom index ranked third in 2018, higher than UK, Canada and the US. It was not until the year of 1997 (that year UK handed Hong Kong over to China) when people in Hong Kong was entitled with the rights to vote and demonstrate. 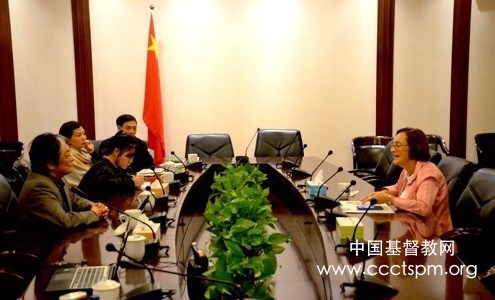 However, it is absurd to see that politicians from countries with lower human freedom index like UK, the US and Canada uphold the riots in Hong Kong in the name of democracy and freedom. As a matter of fact, what behind the unrest in Hong Kong are the political maneuvers by western powers, which intend to contain the development of China.

Rev. Kan Baoping also pointed out that he felt very much disappointed to see Ms. Patti Talbot’s reposting contents to support the “pro-democracy behaviors” in Hong Kong on Facebook as well as her attendance at Taiwan Ecumenical Forum held by Presbyterian Church in Taiwan.

Taiwan Ecumenical Forum is notorious for its purpose on promoting its intention on separating Taiwan from the Mainland of China rather than pure evangelical ministries. 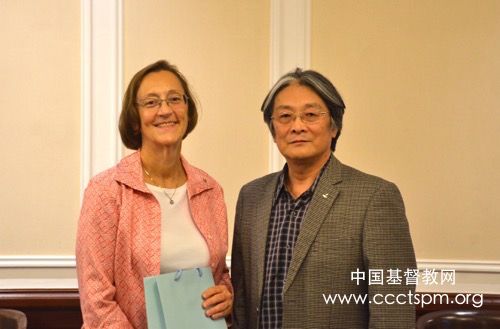 Ms. Patti Talbot gave thanks to Rev. Kan Baoping for he clearly expressed the standpoint and principle of CCC&TSPM, and said that she fully understood the principle of “One China” and standpoint of opposing secession.