From December 7th to 8th, 2019, CCC&TSPM conducted series of activities themed “The Day of Bible” in Hangzhou Chongyi Church. The activities included “The Word of God Endures” Bible hand-copying by a hundred people, a symposium of commemorating the Day of Bible, a themed Sunday service, an award ceremony for hand-copying Bible, etc. Rev. Shan Weixiang, vice president & general secretary of CCC and several commissioners of CCC&TSPM’s Bible Ministry Commission attended the activities. 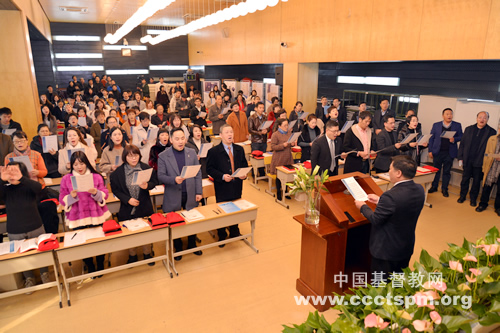 On the afternoon of the 7th, Give Me The Bible was played as the prelude of the activities. Rev. Zhang Guoyong, staff member of Chongyi Church preached a sermon entitled “Focus on the Word of God”, with the message of exhorting brothers and sisters to learn His Word, practice His Word and share His Word. 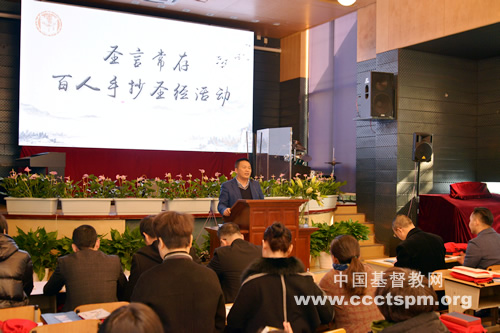 Rev. Shan Weixiang addressed the opening ceremony. He cited the story of a British female Christian named Mary Jones whose eagerness to own a Bible touched Thomas Charles, a book dealer who later became one of the founders of British and Foreign Bible Society. Rev. Shan encouraged brothers and sisters to cherish and love Bible, as well as support Bible ministry in China.

In the early 1990s, Bible Publication Committee (currently Bible Ministry Commission) initiated to set the second Saturday and Sunday of every December as the Day of Bible.

However, as time goes by, the Day of Bible has gradually lost its attention. The activities held this year by Bible Ministry Commission aimed to arouse Chinese Christians’ love for Biblical teaching and return to it. 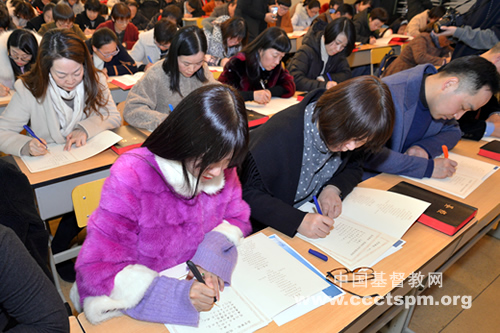 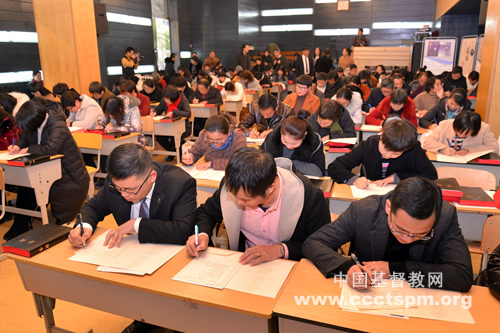 At 3 p.m., “The Word of God Endures” Bible hand-copying activity kicked off. Around a hundred people conscientiously transcribed the Lord’s Prayer and Psalm 23 along with the melodic sacred music. Among them were the grey hair elderly people, young couples, church members and laypersons, etc. 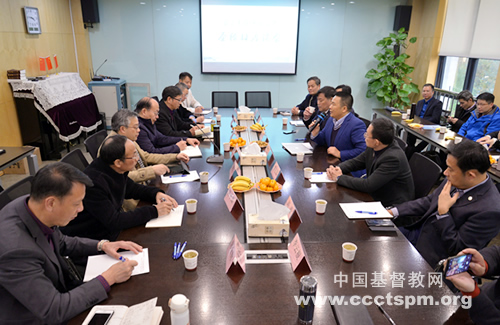 At 4 p.m., Rev. Shan Weixiang hosted the symposium. Participants mentioned that since the reform and opening up policy, noticeable changes have occurred -- Chinese churches once had to deal with the Bible shortage while the country today turns out to be one of the largest producers of Bibles. And it is the right to the religious freedom entitled to the people in this country that makes such changes happen.

Also, some raised the concerns that even though a hundred years have passed since the coming out of the CUV Bible, the Church in China is still lacking in personnel adequate to translate Bible and do Bible commentaries. This urges great more efforts in cultivating relevant talents, publishing original devotional books and Bible commentary works to satisfy the spiritual needs of Chinese Christians, and this can also be beneficial to proceeding the indigenization and contextualization of Christianity in China. 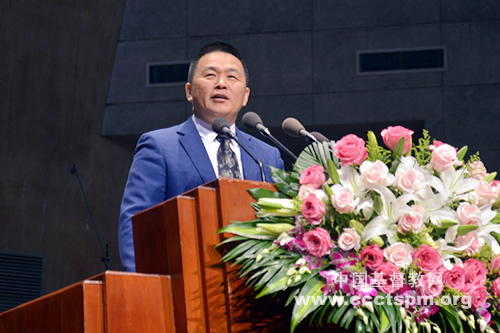 On the morning of 8th, Rev. Shan Weixiang and Rev. Chen Zhihua, member of Bible Ministry Commission were invited to give sermons for the Sunday service in Chongyi Church. They called on the believers to feed on the Word from above, satisfy their spiritual needs with Biblical teaching, live out His Word, and become good and harmonious testimony in the family and workplace. 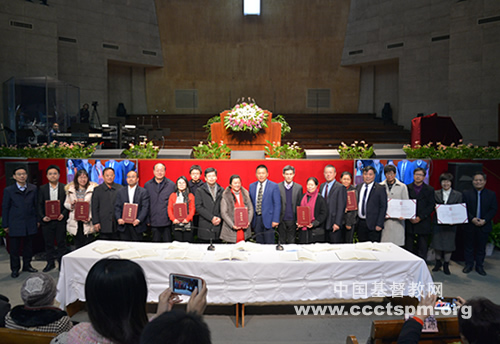 After the service, there was an award ceremony for ten representatives who from nationwide transcribed the Scripture, and the representatives were all awarded with memorial certificates. Accordingly, since the activity launched this September 10, it has received positive response from Christians all around the country. Over 100 families, fellowships or individuals finished transcribing the whole verses of Bible within merely three months. 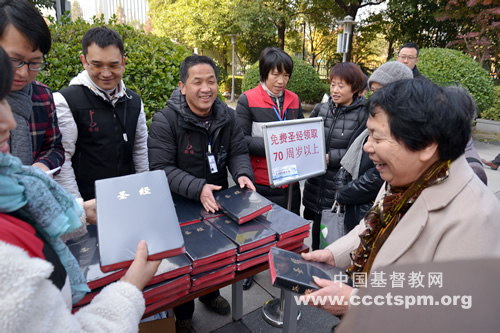 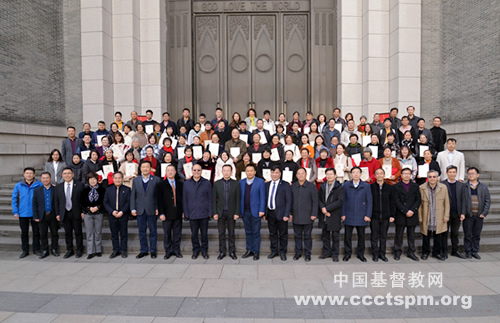 Hightlights in "The Day of Bible" activities