Training class for theological seminary faculties of the protestant churches in to study the spirit of CPC 19th National Congress was held in Shanghai from 16 January to 18 January, 2018. There were over 110 people, including the leaders in charge from various theological seminaries, the representatives of teachers, and co-workers from CCC & TSPM, attended the training class. Mr. Zhang Yantong, deputy director general of SARA (State Administration Bureau of Religious Affairs), Mr. Zhang Shuang, standing deputy secretary of CPC committee of SARA, and some other leaders came to Shanghai specially for making guidance for the attendees. 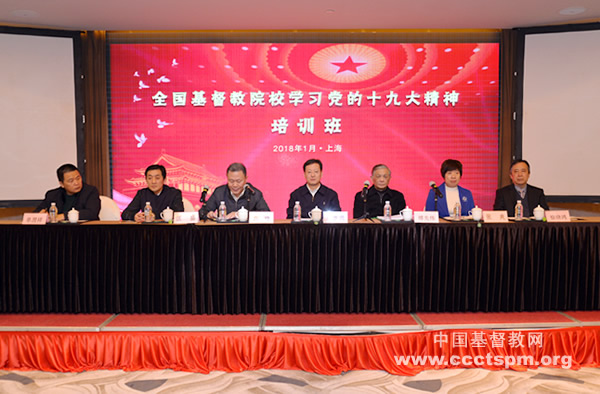 Rev. Gao Feng, president of China Christian Council, hosted the opening ceremony. Elder Fu Xianwei, chairman of National Committee of Three-Self Patriotic Movement of the Protestant Churches in , made a talk of mobilization. During the training, Mr. Zhang Yantong, deputy director general of SARA, Mr. Kuang Sheng, deputy director of the fourth department of SARA, Ms. Zhou Yiwen, deputy director of the department of policy and regulations of SARA, Rev. Shan Weixiang, vice president of China Christian Council gave respectively the specific lessons on the topics like the spirit of CPC 19th National Congress, conveying the meeting spirit of the work on national religious institutions and deploying the key work of the institutions in 2018, special lecture on the newly-amended “Regulations on Religious Affairs”, “Zhong Guo Hua” (Christianity in China conforms with Chinese culture and tradition) of the protestant churches in China and so on. 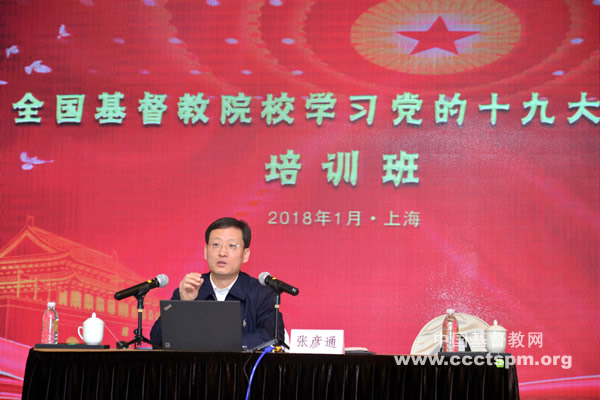 Mr. Kuang Sheng, deputy director of the fourth department of SARA, introduced the background of the working meeting of national religious institutions and the proceeding situation of the work in every religious institution at this stage. He especially indicated the ministries that theological seminaries should improve in an urgent need. The goal of the future work for theological seminaries was also clearly pointed out, that is, enlarge the scale of cultivation in a moderate way, optimize the structure of school administration, improve the quality of teaching, and neaten the system and mechanism, so as to make theological seminaries as the highlands for cultivating talents, explaining doctrines, and training church workers.

Ms. Zhou Yiwen, deputy director of the department of policy and regulations of SARA, made a special lecture on the revision situation, main content, propaganda and implementation of the newly--amended “Regulations on Religious Affairs”. She introduced that the basic principle of the newly-amended “Regulations on Religious Affairs” to deal with religious problems was to adhere to “protect the legality, stop the illegality, resist the extremist, fight against crimes”. 2 chapters and 20 articles were newly added to the former 7 chapters and 48 articles altogether. With the emphasis on problem-orientation, protection and management, and handling the relationship between commonality and individuality as the basic principle of revision, the newly revised “Regulations” added relevant provisions such as “religious institutions” and “religious activities”. The newly revised “Regulations” effectively protected citizens’ right of faith for religious freedom, maintained national security and social stability, and clearly defined the duties of religious affairs administrated by the government. The newly revised “Regulations” had positive significance on further clarifying the orientation of religious organizations, strengthening the standardized management of religious institutions and the legal person of the sites for religious activities, clarifying the ownership of religious property rights, strengthening the supervision and management of religious property, curbing the commercialization of religion, and regulating the religious information services on the Internet. 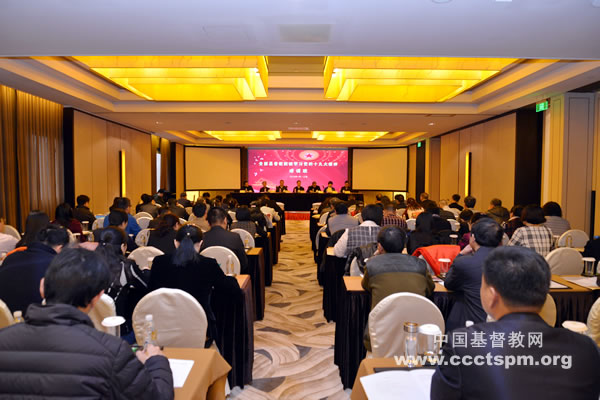 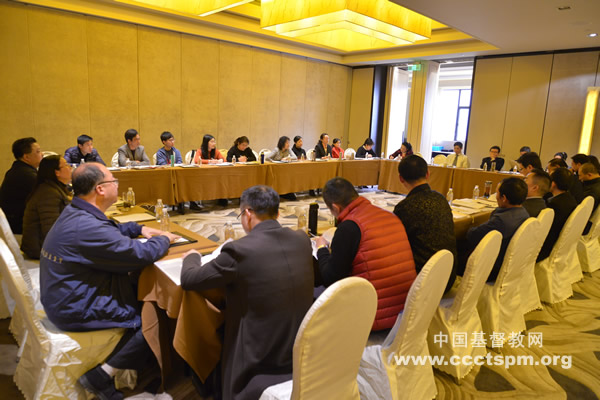 The trainees said that it was necessary to continue studying in depth the spirit of the 19th CPC National Congress in the future, enhanced the cultivation work for talents, and strived to improve the quality of education so as to continuously create a new situation in the development of religious institutions in the new era, promote the healthy development of the Chinese churches, and cultivate qualified talents for promoting “Zhong Guo Hua”.

The closing ceremony of the training class would be held on the morning of 18 January.