CCC & TSPM News
Excerpts from the Papers for CUV Centennial Commemorations and Symposium on Indigenization and Contextualization of Christianity in China
2019-02-26 Source: this site 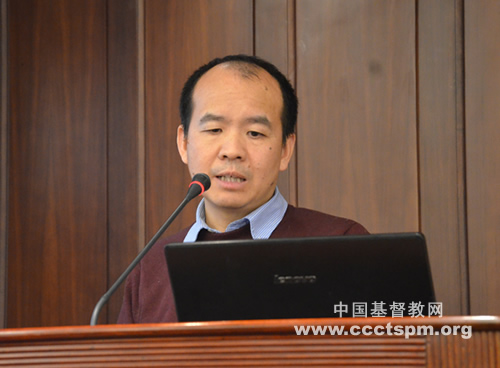 Prof. You Bin, Professor and Doctoral Supervisor of School of Philosophy and Religion, Minzu University of China

Titled “Respect/ Tranquility” and “Sabbath”: Chinese Bible Theology in Genesis 2:1-3”, this paper analyzes the interpretation of "God's Rest on the Seventh Day" in Chapter 2, Verses 1-3 given by Christian traditions, and discusses how can Chinese traditions, especially the Theory of Mind and Human Nature of Neo Confucianism be included so that we can construct Chinese theology (spirituality theories) that are both ecumenical and Chinese. The paper tries to conduct cross-interpretation between the concept of "Respect/ Tranquility" and the concept of "Sabbath", discussing how can the two concepts enrich each other through dialogue and deepen mutual learning, thus proposing the theory of Chinese theology (spirituality) and practice of "Respect/ Tranquility Sabbath" theory. 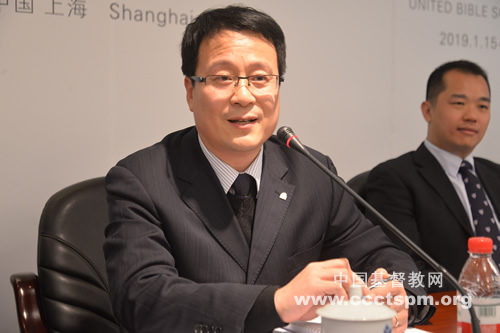 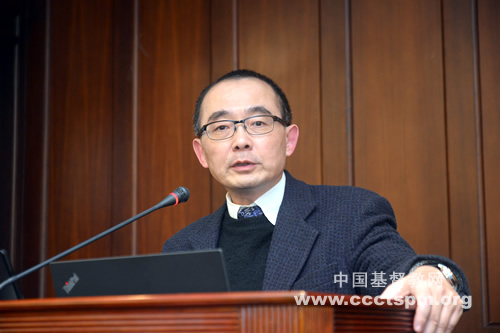 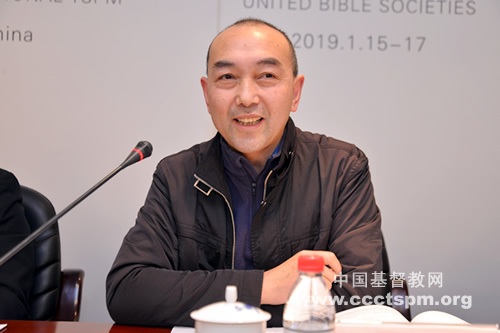 Titled “Bible and Chinese Classics—Analysis of A Topical Study of the Epistle of James by Rev. Chen Jinyong”, this article explains why Mr. Chen Jinyong studied the Epistle of James. Around 1926, with a relaxed external environment, the church in China could have flourished. However, due to the intervention of imperialism, more and more people were against Christianity. Even some Christians turned their back against the Church in China and disgraced the Church. In seeing this, Mr. Chen wrote A Topical Study of the Epistle of James to remind Chinese Christians that though living under severe circumstances, they have to uphold holiness and perseverance so that the gospel of Christ can be revealed, win people’s heart and acknowledge the truth so as to achieve excellence”. “Easy to learn, but hard to practice.” This is Master Wang Yangming’s theory of “Integration of Knowledge and Action”. The Epistle of James echoes with Master Wang’s theory to a large extent. 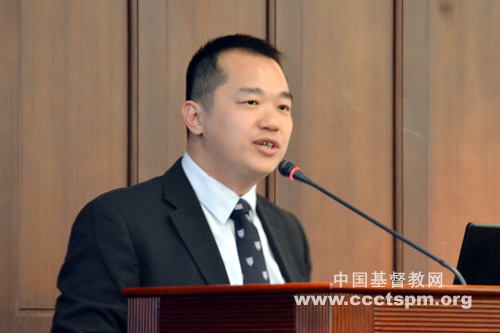 Titled “Learn from the Chinese Union Version: The First Story of Creation in Genesis as the Text for Chinese Class”, this paper points out that the National Language Movement in modern China upheld the slogans of “Standardizing the Chinese Language” and “Unifying written and spoken languages” and advocated the usage of the Mandarin-based “national language” as the official standard language. Renowned Chinese educators Xia Mianzun and Yeh Sheng-t’ao favored CUV and included Genesis 1:1 and 2:3 verses of both Mandarin and Wenli CUVs in the first junior Chinese textbook Guowenbaibake with the title “ Hebrew Myth Genesis”. The translation of Genesis introduced in the Chinese textbook as a model essay indicated that CUV translation had been approved by influential Chinese educators in the Republic of China and the CUV translation of Genesis also played an important role in contributing to the unity of Chinese language.