From October 14 to 20, 2019, a six-person delegation from CCC&TSPM led by Rev. Shan Weixiang, vice president and general secretary of China Christian Council (CCC) visited the United States and attended a two-day board meeting of the Foundation for Theological Education in Southeast Asia (FTESEA).

From October 14 to 16, the delegates were divided into two groups with different itineraries. Rev. Shan Weixiang and two other staff members paid visits to David C. Cook, a renowned organization for Christian publication, as well as Biblica, the International Bible Society. 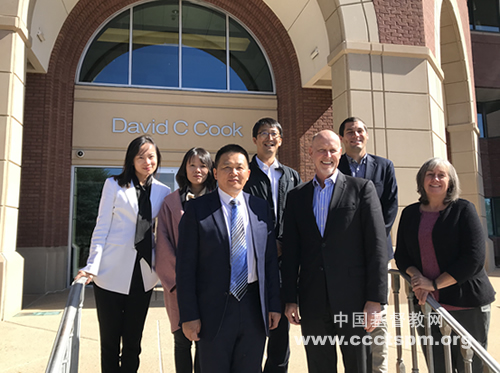 During the past decade, the two organizations have maintained a good partnership with the Church in China, and published numerous books in China including the “Be Commentary Series” by Warren Wiersbe, Be A Motivational Leader, Bible in Chinese and English, Chinese Contemporary Bible, etc.

During the visit, the delegation introduced to these two organizations respectively the achievements made by the Church in China in the past four decades since the reform and opening up, and the main ministries carried out by the Church in China. Also, they shared the significance of upholding the indigenization and contextualization of Christianity in China along with relevant practices.

Invited by Biblica, Rev. Shan Weixiang shared a message during its morning prayer on October 16. He cited verses to accentuate the meaning of Christian writings for church’s healthy development, and introduced the accomplishments by the Church in China in this aspect, encompassing the publication of Bible, Tianfeng Magazine, as well as devotional and reference books of all sorts. Apart from staff members from the headquarters of Biblica, members of Bibilica’s overseas organizations in dozens of countries also participated in the morning prayer via live video streaming. 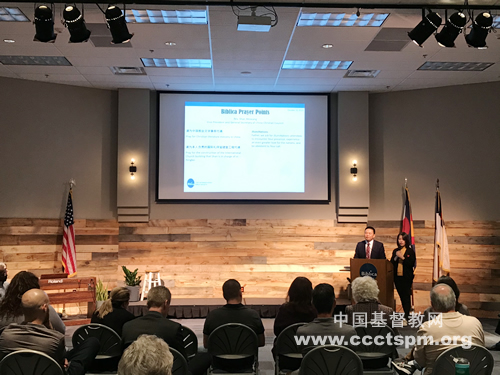 Both these Christian publishers with a history of more than a century expressed their willingness to continue in good relationship and partnership with CCC&TSPM based upon mutual respect, friendship and equality.

At the same time, Rev. Chen Yilu, vice president of CCC and executive vice president of Nanjing Union Theological Seminary (NJUTS), as well as Rev. Dr. Lin Manhong, associate general secretary of CCC and dean of NJUTS visited the Graduate Theological Union and Church Divinity School of the Pacific. They also visited the Chinese churches in San Francisco Bay and had a dialogue with local Chinese Christian leaders to share the achievements made by the Church in China in theological education.

On October 16, all delegates met and had a brief visit in Los Angeles. They had dinner with leaders from Christian Leadership Exchange, Kairos Communication Service International, Episcopal Church in the USA, American Baptist Churches USA, local Chinese churches and church organizations, expressing the friendly feelings as compatriots and the bond in the Lord.

The delegation had a symposium with leaders and staff members of different denominational churches on the next morning. Representatives of Episcopal Church in the USA, American Baptist Churches USA, Presbyterian Church (USA), United Methodist Church, Church  of Christ, United Church of Christ, and other mainstream churches attended the symposium.

On the afternoon of October 17, the delegates went to Pasadena City to visit Fuller Theological Seminary, a well-known institute in Southern California. A meeting was arranged and attended by all delegates of CCC&TSPM, vice president and board representatives of the seminary, presidents of three schools under the seminary, and chief of the China Initiative. Both sides expressed the willingness to strengthen cooperation in theological education in the future. 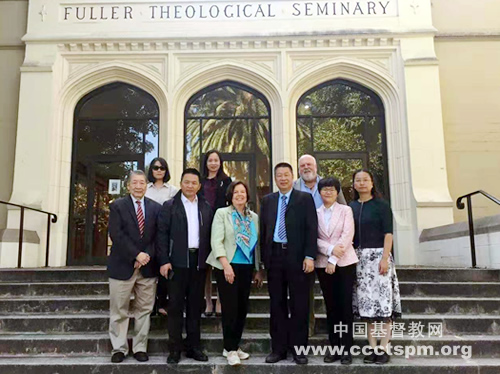 From October 18 to 19, the delegates from the Church in China attended FTESEA’s Board Meeting. The meeting was divided into two parts: the introduction to FTESEA’s partners and the work report of the Board. Those present at the meeting were FTESEA’s Committee members and partner representatives. Rev. Shan Weixiang, Rev. Chen Yilu and Dr. Henry Wilson, executive director of FTESEA respectively gave a speech. 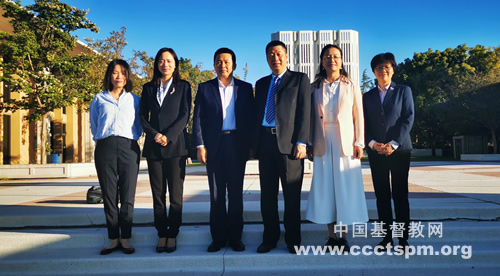 On the afternoon of October 19, Dorcus Gordon was elected as the new Chair of FTESEA by the Executive Committee of the Board.

During the visit, the CCC&TSPM delegation visited Claremont School of Theology and had a talk with the Asian students there.