On the afternoon of November 29, 2019, Hubei Christian Council held the ordination for the Southeast Region of Hubei Province in Xianning CC&TSPM’s affiliated church, the Center Church. 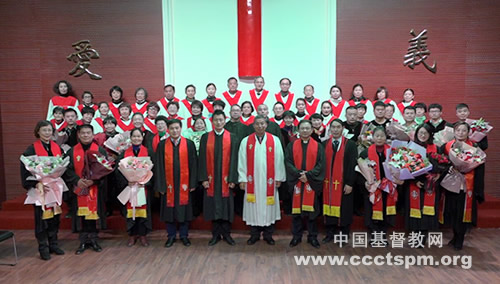 On behalf of the newly-ordained clergies, Rev. Zhai Shujuan made a speech during the ordination. She first gave thanks to God for His mercy and choosing His servants for this ordination. She also appreciated the prayers and support from senior pastors, staff members, brothers, sisters, and families. Rev. Zhai said that she would serve more humbly, and work with senior pastors and staff members with one accord in reviving the church of the Lord.