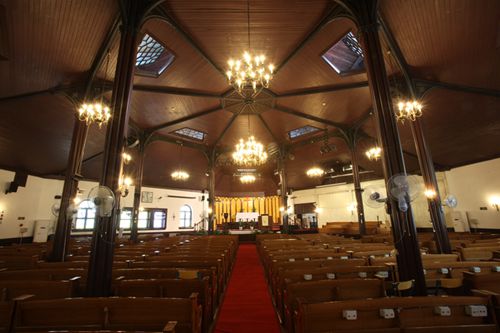 The church has 13 clergymen, 800 volunteers and 6000 believers. There are five services on Sundays, four of which are Chinese services and one is Korean. The church has more than 100 fellowships which have activities during the week. The church focuses on social service and promotes social harmony through various charity activities.

The church is also of world renown. Foreign believers come to the church on Sundays. Former presidents of the United States - George Bush and Bill Clinton, the Archbishop of Canterbury - George Carey, and Billy Graham visited the church respectively.