On October 27, 2021, a hybrid seminar in commemoration of the Centenary of International Missionary Council was held in Nanjing Union Theological Seminary as one of the study centers in Asia.

Up to 22 people were present including Rev. Wu Wei, President of CCC, Rev. Kan Baoping, Vice Chairperson of National TSPM, other church representatives and scholars from the mainland of China, as well as three overseas church representatives. NJUTS leaders, teachers and students also attended the seminar. Rev. Gao Feng, Chairperson of the Board of Supervisors for CCC&TSPM and President of NJUTS, gave a welcome speech at the opening ceremony. 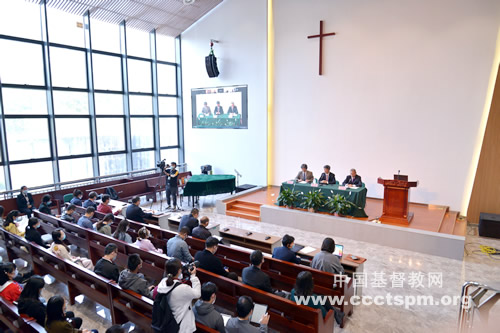 This year a series of academic seminars and publishing activities are held for the centennial celebrations of IMC. This seminar, themed by “Towards the Independence of the Chinese Church: From the Perspective of Mission and Evangelism”, was hosted by CCC&TSPM and organized by NJUTS. 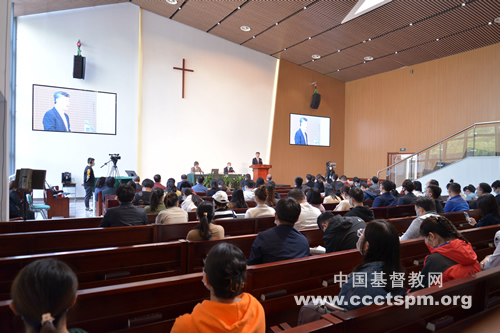 In his welcome speech, Rev. Gao Feng reviewed the origin of the relations between the Church in China and the Ecumenical Movement. He mentioned that at the early time of IMC the active engagement of Chinese Christians (like Rev. C. Y. Cheng) and churches indicated that positive impacts had been brought by the ecumenical spirit to the Church in China in the 20th century. The birth of NJUTS in 1950s was an important outcome of the Three-Self Patriotic Movement of the Protestant churches in China. The motto of NJUTS, “Love, Truth, Righteousness and Humility”, reflects traditions of the seminary which emphasizes friendship with ecumenical churches, faith heritage, exchanges and cooperation. 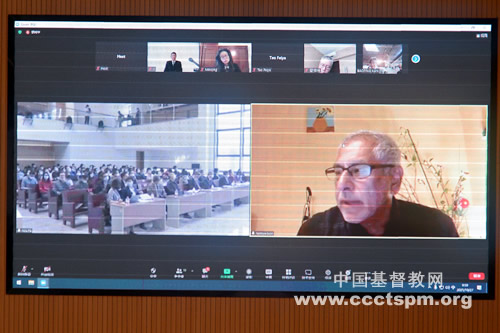 The one-day seminar gathered WCC committee members, as well as the representatives from the Mainland’s academia, churches in Hong Kong SAR and Singapore, and Foundation for Theological Education in South East of Asia. Based upon their own contexts, representatives analyzed and presented vividly with text and pictures the implications of the founding of IMC on the churches in China and other Asian countries in a thorough and candid manner. During the sessions, a few questions also were raised, such as how to do effective evangelism, the relations between Chinese churches and other churches in Singapore, the translation of the word “mission”, etc., and then the speakers offered responses one by one. 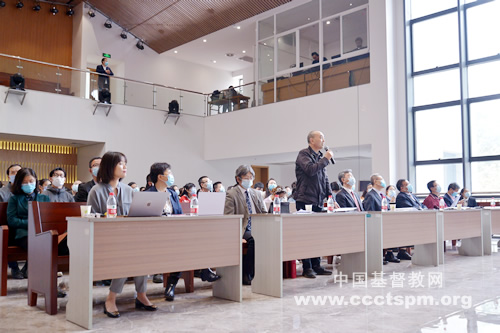 In the summary speech, Rev. Kan Baoping pointed out that the past hundred years witnessed fundamental changes in the world, as well as the development of the Ecumenical Movement. Today, the Church in China is undergoing a process to be transformed to the Church of China, and this process was initiated from the Three-Self movement in 1950s. The awakening of the Self-Awareness, though taking long time, would enable the Church to form its self-identity and contain a full self-hood through contextualization and indigenization. Rev. Kan regarded it important to reflect how to share the good news by utilizing the rich resources of Chinese culture and history, and how to complete the self-hood by taking efforts in contextualization and indigenization.

The closing ceremony was hosted by Rev. Wu Wei. He extended gratitude again towards all staff members, experts and scholars, moderators and speakers, especially those online participants. He gave thanks to participants for their faith in the gospel, enthusiasm and academic integrity contributed to the success of this seminar. He believed that it was a good summary of historic experience of indigenizing Chinese churches, thereby advancing the Indigenization and Contextualization of Christianity in China and the Reconstruction of Theological Thinking.