Beijing in November features budding wintersweet ready to bloom. In an atmosphere of joy and serenity, the grand opening of the Tenth National Christian Conference in was held on the morning of November 28th in Beijing. Over 300 representatives from 30 provinces, autonomous regions and municipalities attended the conference. 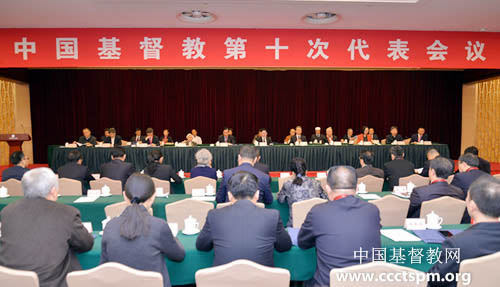 At 8:00 a.m., Rev. Wu Weiqing presided over the opening worship in the singing of the hymn 'Love the Church in 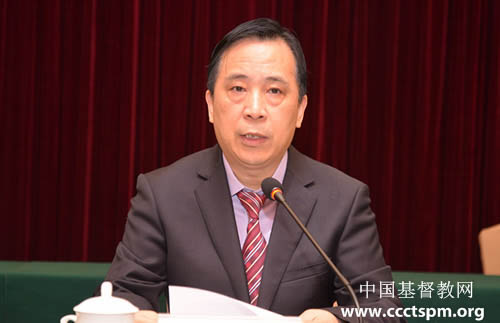 The figure in the photo above is Rev. Xu Xiaohong. 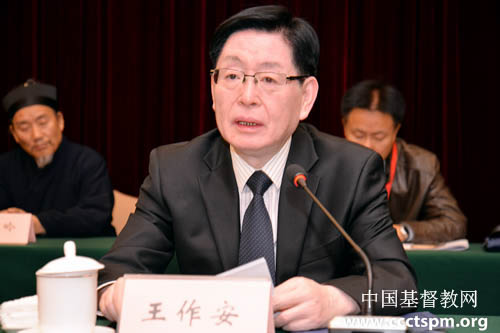 Wang Zuo’an, Vice Minister of the United Front Work Department and Director of the State Administration of Religious Affairs

Vice Minister Wang addressed the opening ceremony. On behalf of the United Front Work Department, he extended warm congratulations on the opening of the conference, fully affirmed the work of CCC&TSPM in the past five years and cherished the memory of Elder Fu Xianwei and other Protestant leaders of older generations. In his remarks, Wang said that Christianity in took the lead in bringing forth the vision of the indigenization and contextualization of Christianity in , becoming the forerunner of developing religion in the Chinese context. He hoped that the new committee members would carefully study the spirit of the 19th National Congress as well as General Secretary Xi Jinpin’s important remarks on religious issues and religious work, and continue to promote the indigenization and contextualization of Christianity in . Wang also hoped that the Christianity in China would always hold high the banner of loving the country and the church, further implement the reconstruction of theological thinking, carry out religious activities in accordance with the laws and regulations, strengthen team building among the Christian group and endeavor to cultivate qualified church talents. 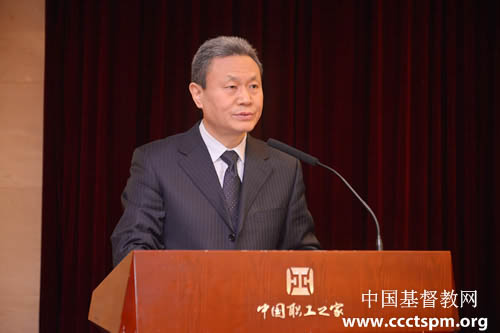 The figure in the photo above is Rev. Gao Feng.

On behalf of the ninth standing committee of the national TSPM and the seventh standing committee of CCC, Rev. Gao Feng gave a work report on the topic 'Stick to the Indigenization and Contextualization of Christianity in , and Run the Church in the New Era'. The report indicates that with the guidance God, the leadership of the Party and government as well as the concerted efforts made by fellow workers, the church in China has adhered to the Three-Self principle, built up itself on the most holy faith, and steadily advanced its ministries in the past five years. According to incomplete statistics, there are approximately 38 million church members, nearly 60 thousand churches and church-affiliated fellowships, over 14 thousand clergy, about 22 thousand full-time preachers and 22 seminaries in . Over the past five years, CCC&TSPM invested over 27.7 million RMB in nearly 200 social service projects, directly benefiting over 260 thousand people. The circulation of Bibles is nearly 18 million. The number of books published and republished is over 5.5 million, in more than 100 kinds. CCC&TSPM also organized four intensive training courses for bilingual preachers in Southwestern ethnic minorities. Nearly 500 church staff from 14 ethnic groups in Yunnan, Guizhou and Guangxi received the training. CCC&TSPM received 2564 visitors and 383 delegations from 33 countries and regions; and also organized 400 people and 107 delegations to visit 37 countries and regions. The number of seminary graduates is about 6300. CCC&TSPM subsidized 348 poor theological graduates with 2.08 million RMB. 85 people were sent to study abroad; and 25 were sent for short-term programs. 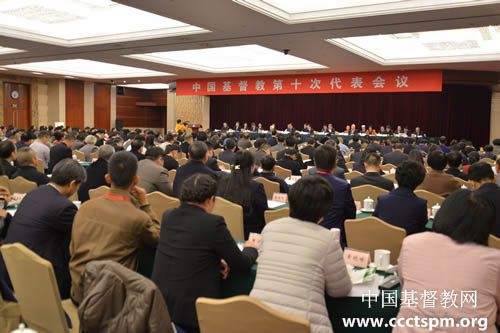 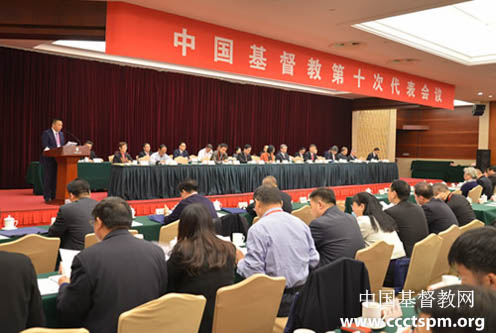 Rev. Shan Weixiang explained on the revised constitution of CCC&TSPM.